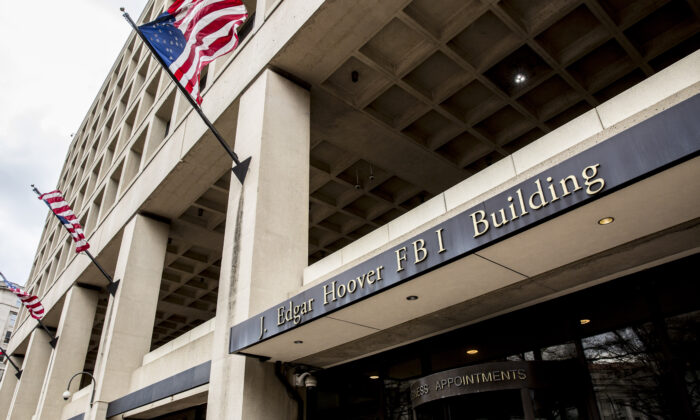 The FBI has produced 68 pages relating to a Democratic National Committee (DNC) worker who was shot dead in 2016 in Washington, including an investigative summary that appears to suggest that someone could have paid for his death.

Seth Rich, who had been the DNC’s voter expansion data director, was shot dead in the early morning hours on July 16, 2016, near his home in the nation’s capital.

The newly released files show that top Department of Justice officials met in 2018 and discussed Rich’s murder. They reviewed Rich’s financial records and didn’t identify any unusual deposits or withdrawals.

Additionally, none of the witnesses interviewed during the investigation reported to authorities anything unusual about Rich’s life prior to the homicide.

One witness saw an individual walking away from the location where Rich was killed but thought Rich was merely drunk so they didn’t alert officials. They realized something bad had happened when they saw a bloodstain on the ground in the same place the following day, as well as police tape surrounding the scene.

A person whose name was redacted took Rich’s personal laptop to his house, according to one of the newly released documents. The page also indicates that authorities didn’t know whether the person deleted or changed anything on the laptop.

The FBI came into possession of Rich’s work laptop, the bureau previously revealed.

On another page, it was said that “given [redacted] it is conceivable that an individual or group would want to pay for his death.”

“That doesn’t sound like a random street robbery,” Ty Clevenger, a lawyer, told The Epoch Times.

Law enforcement officials have suggested that Rich was the victim of an attempted robbery, according to news reports, although none of his belongings were stolen. They have said no evidence links the shooting to Rich’s employment by the DNC. A Metropolitan Police Department spokesperson told The Epoch Times via email on Sunday that the case is still active and being investigated.

The documents were released this week in a lawsuit filed on behalf of Texas resident Brian Huddleston, whom Clevenger represents.

Huddleston sued the FBI after it told him it would take eight to 10 months in June 2020 to respond to his Freedom of Information Act request. Huddleston had asked the FBI to produce all data, documents, records, or communications that reference Seth Rich or his brother, Aaron Rich.

A federal judge earlier this year ordered the FBI to produce documents concerning Rich by April 23. The FBI identified 576 relevant documents, but only produced 68 of them to Huddleston.

The FBI has declined to speak about the lawsuit. Attorneys for Rich’s parents didn’t immediately respond to requests by The Epoch Times for comment.

Clevenger said he found it concerning that the government apparently doesn’t know whether anything was deleted from Rich’s personal laptop.

The documents were largely redacted, but the information that did get through “shows that their whole narrative is falling apart,” he said.

“It’s a step in the right direction.”

The attorney plans to ask U.S. District Judge Amos Mazzant, an Obama nominee, to produce unredacted copies for his perusal. The judge could rule that some redactions were improper.

Responding parties could also face repercussions, including fines, for not producing all of the documents they have concerning Rich.

U.S. Attorney Andrea Parker, who is representing the FBI, told the judge in a court filing this week that the bureau can only process 500 pages per month for each Freedom of Information Act request. She asked the court to give the bureau additional time to produce all of the relevant records.

Clevenger told the judge in a separate filing that the private sector routinely processes 500 pages or more per day and that the government should be afforded no more than two weeks to produce the remaining 1,063 pages.