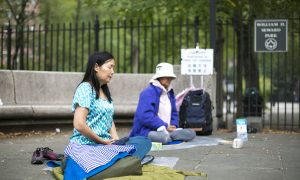 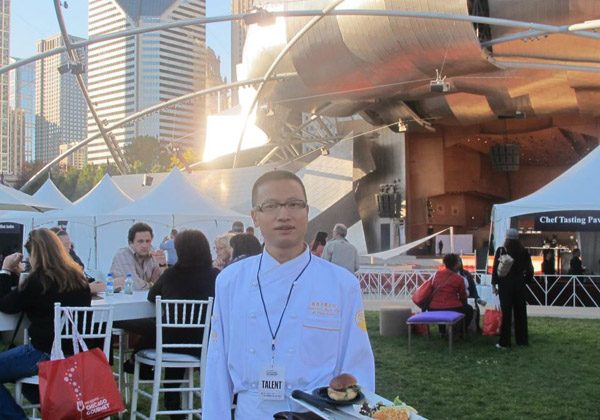 At 10 a.m. on Oct. 24, the FBI searched all 12 restaurants owned by Tony (Xiaojun) Hu, a Chicago Chinese community leader with ties to the Chinese Communist Party (CCP). The FBI has not announced the reason for the raids.

In 2006, the Overseas Chinese Affairs Office held a workshop for young Chinese community leaders in Beijing, and Hu was one of only 59 expats invited from around the world.

In 2012, the CCP invited Hu to attend the Two Conferences (i.e. the National People’s Congress and the Chinese Political Consultative Conference). He was the only representative from the Mid-USA area among the 40 representatives from outside mainland China.

Hu is the president of the Chinese-American Association of Greater Chicago, a front organization of the CCP.

Previously, Hu was President of Southwest Chinese Association and Vice President of the Chicago Chinatown Chamber of Commerce.

According to report in Savor the Life (duwei) magazine, Hu spent 80 percent of his time working with the Chinese communities, being a restaurateur appeared to have become a side job for him.

In January 2011 Hu Jintao, leader of the Chinese regime at the time, visited Chicago. Per the request of the Chinese Consulate, Tony Hu organized over 100 Chinese community groups to welcome and receive Hu Jintao and the delegation. Tony Hu was invited to the welcome banquet of Hu Jintao where he was personally greeted by Hu Jintao.

The magazine also reported that “Hu [Tony] has long been promoting China’s enormous achievements to mainstream society, allowing mainstream society to see China in a positive light. Hu’s contribution to the Chinese communities and his great effort in facilitating understanding between Chinese and American people has also been recognized by the Chinese regime.”

The FBI raid became a hot topic in U.S. Chinese communities with many expressing their views on the Internet.

One netizen named Mushan said that it [the raid] should not be about illegal workers since the FBI released the employees and investigated the manager.

Netizen Dalidali said, “What kind of Chinese restaurants could have the FBI engage in a large-scale investigation?”

Dingxiang commented, “FBI must have a reason, especially since this is the first time the FBI ever targeted Chinese restaurants. It does not matter how many people like to joke about the FBI, it rarely makes a mistake. Their agents are quite well trained. It looks like war.”

Netizen farfromshanghai said that the raid was no surprise. “Hu is a Chinese spy that evades tax and abuses workers without papers.”

Another netizen said that since so many FBI agents showed up, it could be something big.

Netizen Xiaojian said that this is a huge blow, and that 20 years of hard work is pretty much gone. “Being investigated by the FBI and the IRS, it cannot be an ordinary case. Looking at his resume, he probably uses the restaurants for money laundering and smuggling.”

Adapted from an article published in Aboluowang.