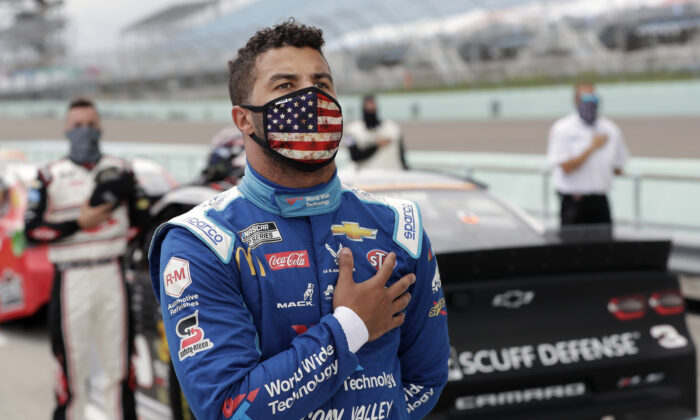 The FBI said on Tuesday that “no crime was committed” after an alleged noose was found in NASCAR driver Bubba Wallace’s garage, saying that the rope had been there since 2019.

“After a thorough review of the facts, we have concluded that no federal crime was committed,” the statement said. It added that the noose was in the garage, No. 4, since October 2019 or before.

The agency used “authentic video confirmed by NASCAR,” while it added that “nobody could have known that Mr. Wallace would be assigned to garage number 4 last week.” Wallace is African-American.

The news release said that federal charges will not be pursued in the case.

STATEMENT ON THE COINCIDENCE OF OUR STALL FROM 2019 AND THE INVESTIGATION pic.twitter.com/SJgKus8o8T

Furthermore, Wood Brothers Racing sent out a statement that said one of its employees said on Monday that he saw “a tied handle in the garage pull-down rope from last fall.”

“Just like the rest of the NASCAR garage, we were shocked and appalled to learn of the existence of the rope fashioned like a noose,” the Wood Brothers Racing statement added. “We immediately alerted NASCAR and have assisted in the investigation in every way possible.”

NASCAR also issued a statement, saying, “Wallace was not the target of a hate crime,” noting that the pull rope was there since last fall and “was obviously well before the 43 team’s arrival and garage assignment.”

“We appreciate the FBI’s quick and thorough investigation and are thankful to learn that this was not an intentional, racist act against Bubba. We remain steadfast in our commitment to providing a welcoming and inclusive environment for all who love racing,” the statement said.

The discovery of the rope, announced by NASCAR Sunday night, came about two weeks after Wallace pushed the stock car racing organization to ban Confederate flags at its facilities and tracks.

A crew member for Richard Petty Motorsports found the noose before NASCAR was alerted and contacted the FBI.

Due to rain, the Talladega race on Sunday was postponed until Monday. Before the race, the drivers came together and pushed Wallace and his car forward. He finished 14th in the race, a career best at Talladega.