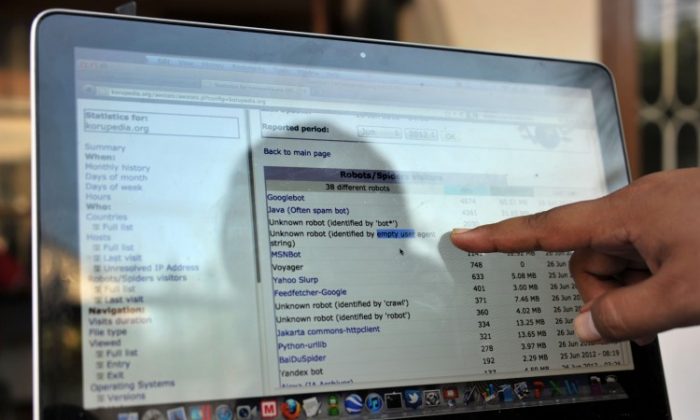 Hackers with the Ghost Shell organization posted the information online of about 1.6 million accounts from numerous government agencies and other organizations in one of the largest hacks carried out this year by any group.

The group said it breached systems belonging to NASA, FBI, Interpol, the European Space Agency, and the Pentagon before posting it on the website Pastebin. Also, “all kinds of wacky companies [and] corporations” were targeted, according to the group.

“This year’s series of attacks” is centered around “promoting hacktivism worldwide and drawing attention to the freedom of information on the Net,” Ghost Shell said on the website. It said the latest hack is part of the #ProjectWhiteFox that aims at promoting greater Internet freedom around the globe.

The group also tried to draw attention to the United Nations International Telecommunication Union’s closed-door talks in Dubai. The talks, which will last until Dec. 14, have prompted fears that some governments might gain greater control over the Web.

“The initiative for preventing the Internet from turning into a governmental police-state has already begun by getting different websites/companies to ‘deface’ their own site with a message about it and why they’re against it,” the post said.

The group also said it sent messages to the targeted government agencies and companies about their 150 insecure servers that were targeted in the hacks.

The Credit Union National Association, whose website was one of the targets, acknowledged Tuesday that its website had been breached. It stated that no sensitive personal information was accessed.

“We will continue to analyze the information posted online by the group, as well as continue to validate that no other risks exist,” the credit union’s CEO, Bill Cheney, said in a statement.

Apparently, Ghost Shell—linked somewhat to the Anonymous collective—has been one of the more successful hacker groups this year, consistently dumping information on websites throughout 2012, reported ZDNet. It claimed responsibility for leaking some 120,000 university records and 2.5 million documents and records from the Russian government.