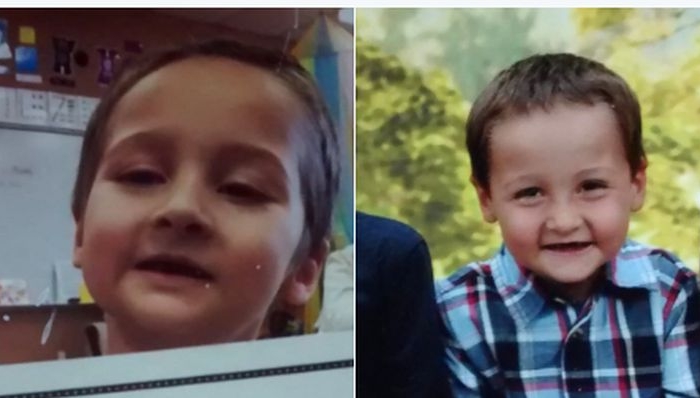 Authorities searching for a missing 5-year-old Kansas boy have scoured a nature park and set up a tip hotline.

The FBI has joined in the search for Lucas Hernandez, a missing 5-year-old Kansas boy who disappeared over the weekend.

Last seen at approximately 3:00pm inside his bedroom. Any information please call 911. pic.twitter.com/56gvb5ffBq

Authorities have investigated a nature park and set up a tip line on Monday, Feb. 19, CBS News reported.

Police in Wichita got a call on Saturday at 6:15 p.m. that Hernandez had gone missing, the Witchita Eagle reported. When police arrived, his 26-year-old stepmother said that he was seen at 3 p.m. in his bedroom before she fell asleep.

His home, neighborhood, and the Chisholm Creek Park were searched by officers and police dogs, CBS reported.

Wichita Police are following up on leads regarding #LucasHernandez in the area of the Great Plains Nature Center and Chisholm Creek Park. Dozens of police officers are here; people are asked to stay out of this area. @KAKEnews pic.twitter.com/K2o5huZ4pP

Police haven’t found any evidence that he was abducted, which is why no AMBER Alert was sent out.

“Very distraught. Very upset. Devastated. I mean, can you imagine?” his stepmother’s cousin, Kristin Edson, was quoted by CBS as saying. “They’re just very distraught and worried about his safety. It’s cold out. We don’t know where he’s at.”

Two relatives told the Eagle on Sunday that they expressed concerns about the boy’s welfare in the past. The Kansas Department for Children and Families was contacted last spring by Sally Rasmussen, a great aunt of the boy. And Jeannie Houchin, a great-grandmother of the child, said that the Kansas child protection agency was investigating.

No updates to report at this time on missing Lucas Hernandez. Investigation is ongoing.

If anyone has any information on the whereabouts of Lucas or this case please call 911 immediately. pic.twitter.com/mY73Xv76N9

Lucas was born Dec. 12, 2012, has brown eyes and hair, is around 4 feet in height, and weighs about 60 pounds. The boy was last seen wearing a gray shirt with a bear on it, black sweatpants, and white socks.

A teacher who works for Beech Elementary School in Wichita, where the child goes, confirmed he’s enrolled there.

“Please pray for the safe return of the 5 year old that went missing (Saturday),” teacher Melissa Allen wrote on Facebook, via the Eagle. “He is one of my students and a very sweet little boy. Please Please pray for him and his family. My heart is so heavy right now.”