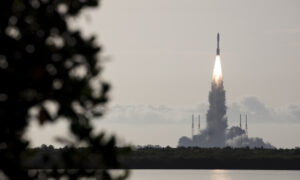 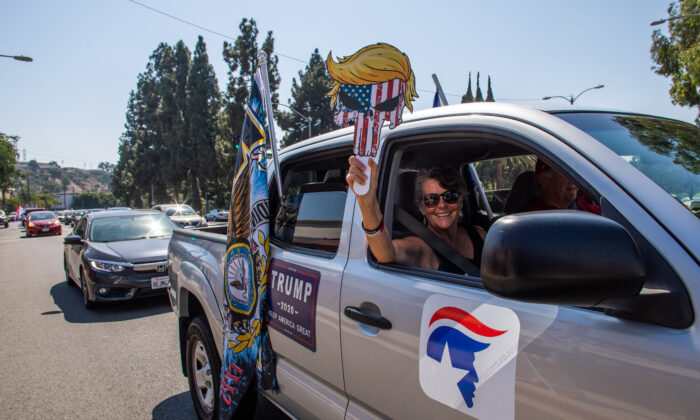 The FBI confirmed Sunday that an investigation is underway into an incident that occurred when a convoy of vehicles flying flags in support of President Donald Trump’s reelection bid surrounding a Biden campaign bus on a highway in Texas on Oct. 30.

The incident led the Biden campaign to cancel at least two of its events in the state. The convoy surrounding the bus was captured on video and subsequently shared on Twitter by the president on Saturday with the caption “I LOVE TEXAS!”

Officials with the Biden campaign claim the vehicles, which surrounded the bus on Interstate 35 in Texas between San Antonio and Austin, attempted to run it off the road. They said the caravan managed to slow their bus to about 20 mph and tried to stop it in the middle of the highway.

A separate video recording of a moment during the incident, not shared by Trump, showed a black pickup bearing pro-Trump flags that was traveling directly behind the Biden campaign bus veer slightly to the left and hit the side of another vehicle, a white SUV on its left.

Immediately prior to the hit, the white SUV appeared to be over the dividing line to the right of its lane. The Texas Tribune newspaper reported that the white SUV was being driven by a Biden campaign staffer.

“FBI San Antonio is aware of the incident and investigating,” Special Agent Michelle Lee, a spokeswoman for the Federal Bureau of Investigation in San Antonio, told Reuters in an email. “No further information is available at this time.”

The San Marcus Police Department said in a statement to news outlets that a Biden staffer may be at fault for the collision.

In my opinion, these patriots did nothing wrong. Instead, the FBI & Justice should be investigating the terrorists, anarchists, and agitators of ANTIFA, who run around burning down our Democrat run cities and hurting our people! https://t.co/of6Lna3HMU

The department didn’t respond to a request for more information.

Responding to news of the FBI’s investigation, Trump took to Twitter and said that in his opinion, there was no wrongdoing in the incident.

“In my opinion, these patriots did nothing wrong,” Trump wrote. “Instead, the FBI & Justice should be investigating the terrorists, anarchists, and agitators of ANTIFA, who run around burning down our Democrat run cities and hurting our people!”

He said during a campaign stop in Michigan earlier in the day: “Did you see our people yesterday? They were protecting his bus.”

The president also wrote on Monday, responding to a Twitter post from a CNN reporter reporting allegations of motorists having “harassed” a Biden-Harris campaign bus: “This story is FALSE. They did nothing wrong. But the ANTIFA Anarchists, Rioters and Looters, who have caused so much harm and destruction in Democrat run cities, are being seriously looked at!”

The White House and the Biden campaign did not immediately respond to a request for comment by The Epoch Times.

Democratic presidential nominee Joe Biden and his running mate, Sen. Kamala Harris (D-Calif.), were not aboard the campaign bus at the time of the incident. According to the Texas Tribune, Democratic U.S. House of Representatives candidate and former Texas state Sen. Wendy Davis was aboard the bus.

Correction: A previous version of this article incorrectly described the moment when the vehicles collided. The Epoch Times regrets the error.