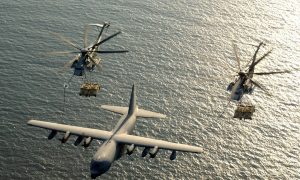 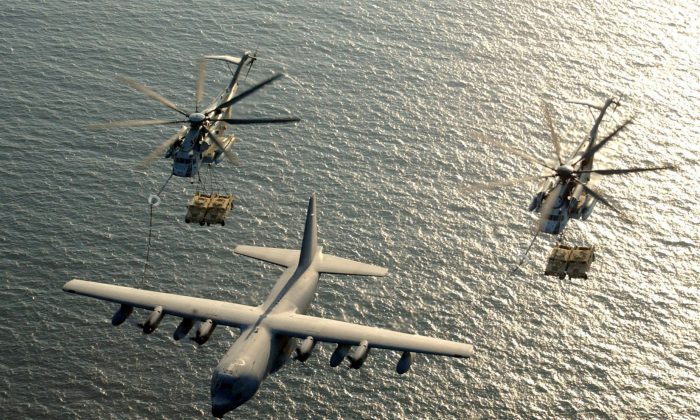 A military aircraft carrying at least 15 Marines and one sailor crashed into a Mississippi soybean field. The plane was coming from Cherry Point, North Carolina and was in Mississippi airspace when air traffic control lost contact. The plane came down extremely hard at about 4 p.m. on July 10 in Leflore County.

(Military plane crash that killed 16 ‘one of the worst fires you can imagine’) – https://t.co/M9zwrlFVSb pic.twitter.com/bkr5RX62vW

Farmers rushed out into the field but the fire was too intense for them to approach the aircraft. The plane in use was a KC-130J Hercules, primarily an aircraft used to refuel other aircraft. Fuel intensified the flames upon crashing, no doubt due to the Hercules’s large capacity to carry fuel. No reports have come out detailing exactly how much fuel was carried by the plane.

The plane was carrying various small arms ammunition and personal weapons, the Marine Corps said in a statement.

Firefighters were forced to use unmanned devices due to the danger of approaching the intense fuel-fed flames.

Initial reports indicate a structural failure, but the FBI is joining local and state agencies to investigate the cause.

The identities of the victims have not been released to the public. The Marine Corps statement said they first want to give families a chance to grieve.