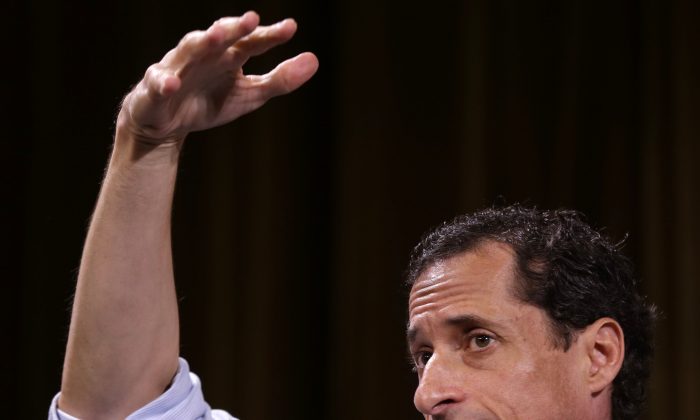 Federal authorities in New York and North Carolina are investigating online communications between Weiner and a 15-year-old girl.

The official said Friday that the emails referenced by FBI Director James Comey surfaced during that investigation. The official was familiar with the investigation but was not authorized to discuss the matter by name and spoke on condition of anonymity.

Comey told members of Congress on Friday that newly discovered emails believed to be related to the Clinton case were prompting a new review.

The Times reported that the emails were located on devices belonging to Huma Abedin, the wife of scandal-racked Weiner.

Putin Rejects Claims of Russian Interference in US Election

“It is extraordinary we would see something like this just 11 days out from a presidential election,” he tweeted.

Comey in July chided Clinton for her misuse of a private email server, but he stopped short of charging her with any crime, which the Justice Department accepted.