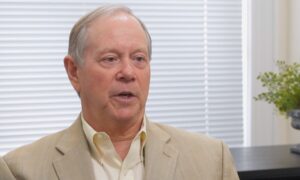 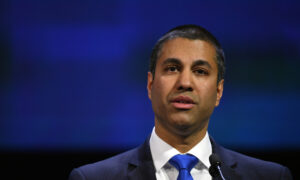 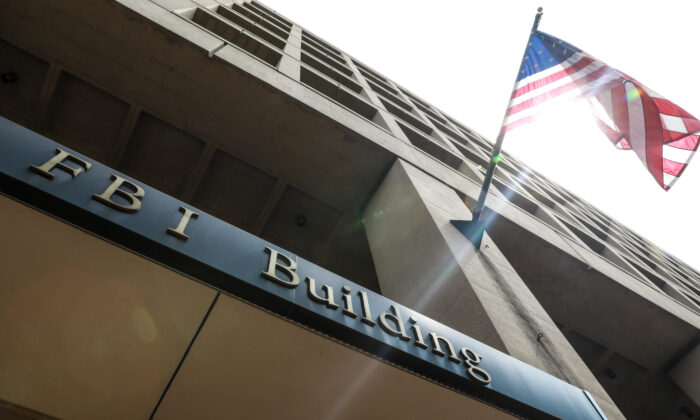 NEW YORK—The FBI (Federal Bureau of Investigation) is investigating China-related cases of economic espionage across the country as a growing list of prosecutions against academics and researchers makes the headlines.

The Bureau reports that the Chinese regime is using “non-traditional collectors,” such as professors, researchers, and front companies—as opposed to traditional undercover spies—to acquire sensitive technology from the United States.

This comes after the FBI arrested a Harvard University professor for allegedly lying about receiving funding from the Chinese regime to open a research lab in Wuhan, China. Additionally, a researcher at Boston University was indicted after allegedly failing to disclose that he was a lieutenant in the Chinese army and a Chinese national allegedly attempted to smuggle biological materials from a Boston medical center to China. They have all been indicted on federal charges.

Former FBI undercover agent Marc Ruskin explained that the Harvard professor, Charles Lieber, was arrested for economic crimes, as opposed to stealing classified information which would be considered a type of traditional espionage.

“[He’s] been arrested and charged with economic crimes. Either with accepting payment for contracts for doing research, in those cases for China, or for accepting grant money or for not revealing to the university that [he] worked for that [he was] accepting grant money from the U.S. and at the same time accepting money for the research [he was] doing from a hostile power,” Ruskin told NTD in an interview, which can be seen below.

According to the court complaint (pdf), Lieber is accused of receiving $1.5 million to open a research lab at the Wuhan University of Technology. The complaint also accuses Lieber of making materially false, fictitious, and fraudulent statements about his involvement in China’s Thousand Talents Plan.

In 2008, China launched its Thousand Talents Plan to attract top talent from overseas to China to enhance the country’s high-tech industries. Ruskin says the Chinese regime uses money to lure professors into sharing their research with China.

“It’s coercion in the sense that the professors are being enticed with economic, financial incentive to work in China for Chinese research institutes,” Ruskin said. “That in itself is not espionage. Espionage would be, to the extent that I understand it, obtaining classified information that’s classified in the United States and then passing it to Chinese authorities or to Chinese researchers. That would be espionage.

“While these individuals may be committing espionage, the utilization of a research contract may fall in a different area. It still will constitute potential violations of federal criminal law in the U.S., but it’s a different type of crime, essentially playing on the greed of the professors in order to have them. So essentially serving two different masters. But I suggest that one has to look at the specific areas that are being researched to make a determination of whether or not the materials are classified or not,” he said.

Lieber received over $8 million in grants from the Department of Defense, in part from the Office of Naval Research and the Air Force Office of Scientific Research, according to the court complaint. Special agent Ruskin noted that there is a high risk if defense-related research falls into the wrong hands.

“If it’s utilized for a military purpose by a power that’s not sympathetic but the hostile to democratic countries, then there’s a big risk,” he said. “The interest in intelligence gathering comes from the ability in part to circumvent doing one’s own research or their own research, which can be very high-cost and very resource-intensive.

“It certainly can be a lot more cost-effective to steal someone else’s research, and then either reverse engineer it or apply it to one’s own research activities. So it’s very important for agencies like the Bureau to be very active and aggressive in counterintelligence activities to prevent other powers from obtaining information which we don’t want to share with them,” Ruskin said.

Lieber was also the principal investigator on a project that studies injectable mesh electronics that can integrate with the brain, according to federal prosecutors. The National Institutes of Health provided about $1.1 million to fund this project, which addressed “impairment or dysfunction of motor control, memory and cognitive capability related to aging and Alzheimer’s disease.”

According to Ruskin, China uses legal, yet unethical means to acquire sensitive research. FBI Director Christopher Wray said in a speech on Feb. 6 that the Chinese regime has shown that it is “willing to steal [its] way up the economic ladder at our expense.”

Ruskin also mentioned that the Chinese regime is very proactive at acquiring U.S. research before it becomes classified.

“One thing to keep in mind with western democracies and in the U.S. in particular, is that a lot of information that’s of use is not classified. This is a vulnerability that’s significant. That there’s a lot of research that’s conducted domestically in the U.S., which either has not yet been classified but should be classified. And arguably the intelligence services, which are not sharing the same interests as we have, and the Chinese are very good at this, will be on top of it so that they can access this data before it becomes classified.

“So essentially they’re obtaining vast amounts of data and information essentially legally, but because they are being very active and proactive, they access it either before it becomes classified or they access obscure information which has not been classified and probably won’t be classified, but can still be of use in terms of doing research and developing other technologies,” he said.

Ruskin added that there is a tendency for academics to downplay the seriousness of the threat of sharing sensitive information with a hostile power.

The U.S. Department of Education has launched an investigation into Harvard and Yale for apparently failing to report hundreds of millions of dollars in foreign gifts and contracts.

Last year, a U.S. Senate report found that from January 2012 to June 2018, 15 U.S. schools reported receiving around $15 million from Hanban, which is a propaganda arm of the Chinese regime, affiliated with their Ministry of Education. However, upon investigation of the financial records of over 100 U.S. schools, the Senate subcommittee found that Hanban directly contributed over $113 million (pdf) to U.S schools, which is over seven times the amount the schools reported.