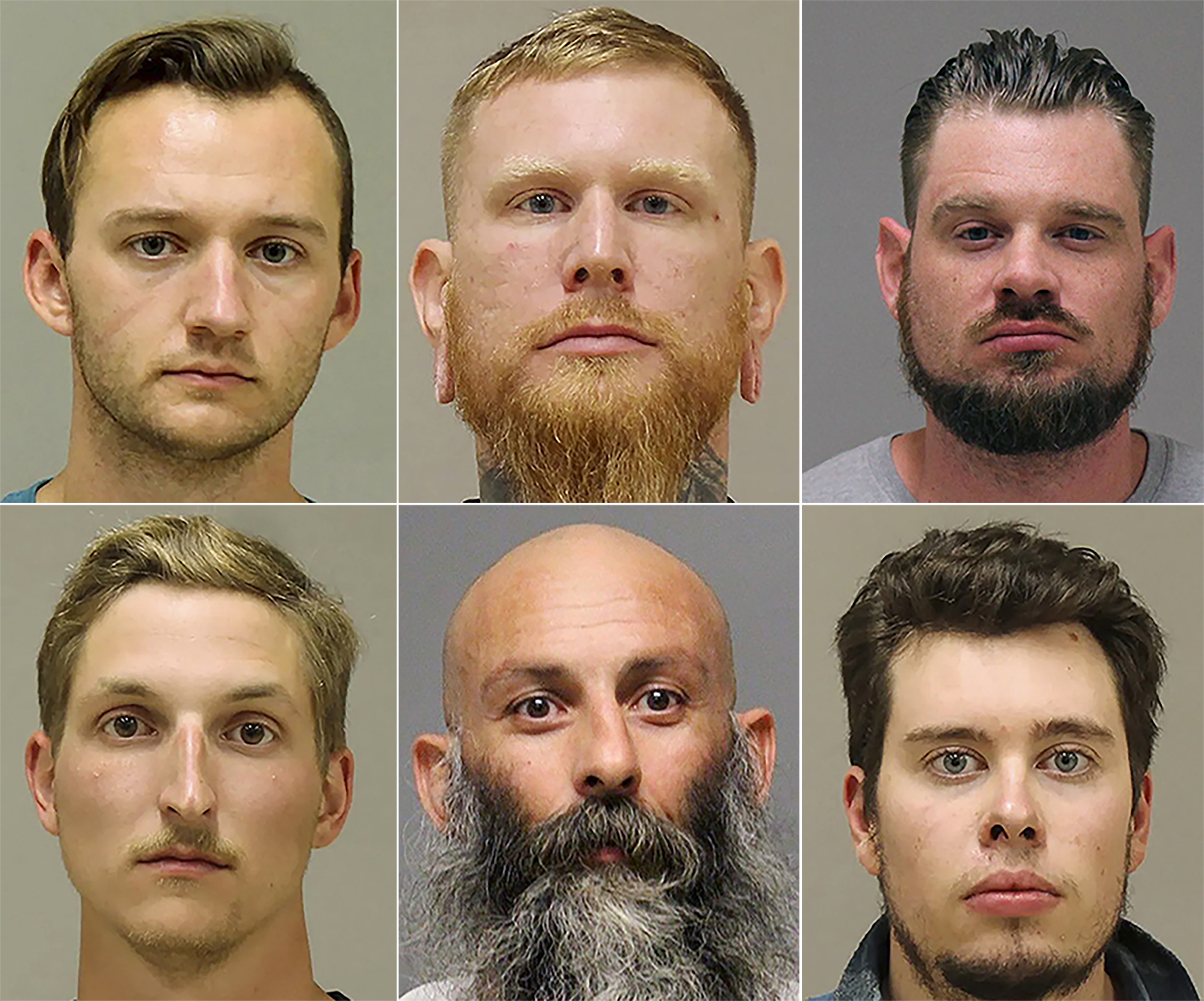 Responding to arguments from defendants in the Gov. Gretchen Whitmer kidnapping case that they were entrapped by the FBI, the Department of Justice has said that one of its undercover informants was, in fact, a “double agent” working with the kidnappers against the government.

The DOJ’s revelation came Jan. 6 in a response to a motion from the defendants to admit as evidence 258 statements they believe will prove the FBI entrapped them.

The statements that the defendants want to have admitted as evidence include audio recordings, where an FBI informant “Steve” is allegedly heard making statements about how to plan and execute the kidnapping of Whitmer. The defendants—Adam Fox, Barry Croft, Kaleb Franks, Daniel Harris, and Brandon Caserta—argue that these statements will prove that it was FBI informants like Steve who actually facilitated and encouraged the failed plot.

But far from helping facilitate the plot, one of the FBI’s 12 informants actively helped the defendants to thwart government’s investigation, prosecutors said in their Jan. 6 filing.

“In defiance of agents’ instructions, [confidential human source] Steve contacted at least one of the defendants shortly before their arrest and said he had been stopped by the ‘feds.’ After, he contacted another informant (not knowing he/she was an informant), to ask him/her to delete the in-car recording of their surveillance of the Governor’s home,” prosecutors said. “CHS Steve told the informant that he would act as the leader in coordinating attacks in multiple states going forward.”

Prosecutors said the FBI terminated its cooperation agreement with CHS Steve as a result of his actions. The informant now faces a felony firearm charge in Wisconsin, according to the filing.

Prosecutors also responded to other statements the defendants seek to have admitted as evidence.

For instance, defendants want to have admitted a statement from alleged co-conspirators, Ty Garbin, that “Captain Autism can’t make up his mind,” referring to alleged plot leader Fox. The defense argues that Garbin’s statement disproves the notion that Fox was the plot mastermind.

“The meaning of it lies in the defendants’ recognition that Adam Fox had no actual disposition toward truly committing wrongdoing … with a true plan and viability. No one would have conspired with Adam Fox because no one believed he had any ability to form, much less carry out, a plan,” the defense said in a Dec. 31 filing.

In their Jan. 6 response, prosecutors said the defense took Garbin’s statement out of context.

Prosecutors explained that leading up to Garbin’s statement, he and an FBI informant were together and called Fox.

“Fox explained that the phone he was on was not secure, but that he had many other secure phone lines and would send them the number of one to call. Garbin became frustrated waiting for him to send the number and made the proposed statement,” prosecutors said.

“This statement has little or no relevance to any issue at trial. Moreover, it does not say what defendants purport that it does,” they said.

Defendants also seek to admit as evidence a number of statements between FBI agents and their informants. These statements show the FBI making a plan to entrap the defendants, they argue.

But according to the prosecution, these statements are not evidence of entrapment.

“They do not show law enforcement ‘inducing’ defendants to commit the charged crimes, nor do they undermine defendants’ predisposition to commit those crimes,” prosecutors said. “Even the informant’s statement is not ‘inducement.’ Improper inducement occurs when the government repeatedly and persistently solicits a defendant to commit a crime.”