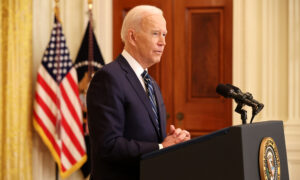 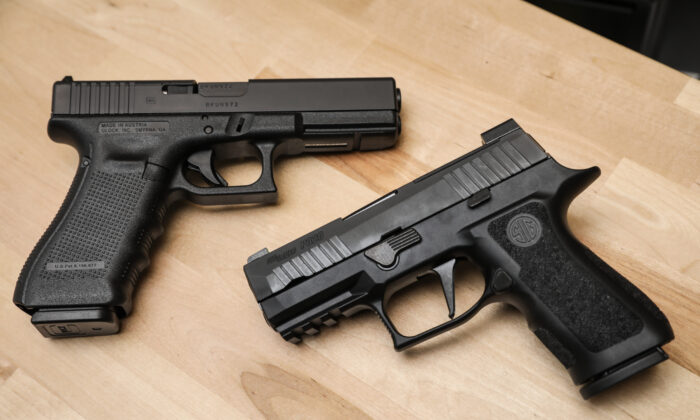 Background checks for firearms conducted by the FBI reached a new record high in March.

Nearly 4.7 million checks were done across the month, smashing the previous record of 4.3 million set in January.

The FBI numbers include background checks for firearms, permits, and other purposes related to guns.

Adjusted numbers from the National Shooting Sports Foundation provided to The Epoch Times shows the gun checks alone in March were 2 million. That is the second highest number on record, after the 2.3 million checks completed in March 2020.

The COVID-19 pandemic conditions and the push for gun ownership restrictions are propelling Americans to buy more guns, Mark Olivia with the foundation told The Epoch Times.

“I think as long as you continue to see these misguided calls for gun control to chip away the rights of law abiding citizens and not look at legislation that’s going to keep firearms out of the hands of criminals, firearms on the hands of those who are adjudicated mentally defective, you’re going to continue to see Americans go out and exercise their right before that right is seized from them by their government,” Olivia said.

“The latest data released by the FBI shows that Americans continue to react to uncertainty by seeking self protection with a firearm. This reaction follows decades of public posturing by the gun industry and the NRA, who have fueled a year of panic purchasing by promulgating fear and paranoia,” Kris Brown, president of the group, said in a statement. NRA stands for the National Rifle Association.

“These new statistics similarly do not reflect the many firearms that are sold without a background check in private transfers, potentially dangerous sales that are currently legal. Those sales are not regulated and therefore not accounted for in NICS data. We need comprehensive gun safety laws, such as universal background checks, to ensure that firearm sales are conducted safely and that individuals prohibited from buying a firearm do not obtain one,” Brown added.

Along with surging gun sales, NRA memberships have jumped in recent months.

President Joe Biden and congressional Democrats, in the wake of mass shootings last month in Georgia and Colorado, are pushing for both new gun control laws and executive action that would curtail gun ownership.

Few mass shootings took place in 2020 as many Americans spent most of their time at home after governors imposed harsh restrictions amid the pandemic.

But crime rose in a number of cities, with a sharp increase in murders. That, combined with the movement to cut police funding, compelled Americans to buy guns in record numbers.

“They’re doing it because they’re afraid,” he added.

China Power Outages Spread From Factory to Homes in Northeast
0