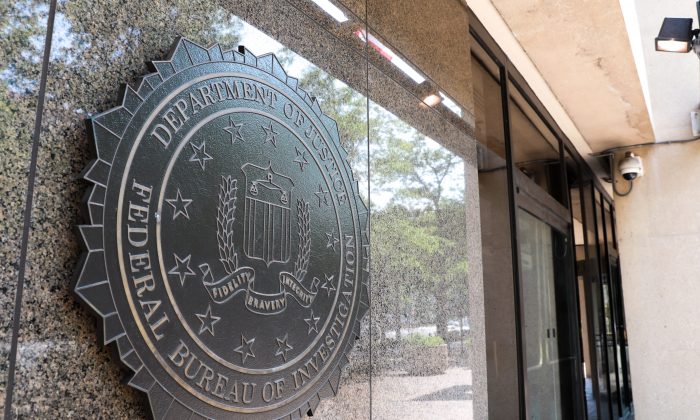 A claim by a former senior FBI official that there was no indication of Russian disinformation in the 2016 Clinton campaign’s anti-Trump dossier has been contradicted by newly declassified information.

The FBI learned in January 2017 that a part of the dossier was assessed by a certain source to be a product of Russian disinformation, according to a previously redacted footnote in a December report (pdf) by the Justice Department’s inspector general (IG).

That contradicts what the former head of FBI counterintelligence, Bill Priestap, told the IG: that by May 2017, the bureau “didn’t have any indication whatsoever” of disinformation in the dossier.

A number of footnotes in the IG report were partially declassified at the request of Sens. Ron Johnson (R-Wis.) and Chuck Grassley (R-Iowa), who released them on April 15.

The dossier claimed collusion between the presidential campaign of then-candidate Donald Trump and the Russian government to sway the 2016 presidential election. The FBI used it to obtain a highly intrusive FISA warrant to spy on former Trump campaign aide Carter Page.

The investigation ultimately was unable to establish any such collusion.

The IG reviewed the probe and found more than a dozen problems with the Page warrant, at least one serious enough to prompt a referral for criminal inquiry. The FBI later confirmed that at least two of the warrant’s three renewals were invalid and thus resulted in illegal surveillance.

The FBI received numerous red flags about the dossier and its author, former British spy Christopher Steele, who was paid, through intermediaries, by the Democratic National Committee (DNC) and the 2016 presidential campaign of former Secretary of State Hillary Clinton.

Already in 2015, the FBI’s Transnational Organized Crime Intelligence Unit (TOCIU) recommended that Steele should be vetted again as an FBI informant because of his numerous contacts with Russian oligarchs.

“From January through May 2015, 10 Eurasian oligarchs sought meetings with the FBI, and 5 of these had their intermediaries contact Steele” which was “unusual,” the IG said, paraphrasing a 2015 TOCIU report in one of the previously redacted footnotes.

Steele’s FBI handler, who wasn’t on the team probing the Trump–Russia allegations, told the team that Steele was trying to arrange the Russian oligarch meetings, he told the IG. He said Steele was reaching out to the oligarchs and that he believed TOCIU was aware of Steele’s efforts and supported them.

Key claims of the dossier—about a “well-developed conspiracy” between the Trump campaign and Russia—came from a person tied to Russian intelligence, the Trump-Russia team learned in early October 2016, before the team took out the Page warrant later that month.

Steele himself told the FBI that month that the source was a “boaster” and tended to embellish. Days before applying for the warrant, the FBI opened a separate counterintelligence investigation of the source.

None of this, however, was conveyed to the secret FISA court, which approved the warrant.

Then, on Jan. 12, 2017, a “report relayed information from [redacted] outlining an inaccuracy in a limited subset of Steele’s reporting about the activities of [Trump’s former personal lawyer] Michael Cohen,” the IG said in another previously redacted footnote.

“The [redacted] stated that it did not have high confidence in this subset of Steele’s reporting and assessed that the referenced subset was part of a Russian disinformation campaign to denigrate U.S. foreign relations.”

It isn’t clear where the report originated, but the footnote “indicates” that it came from “a U.S. intelligence report” the FBI received, Grassley’s release says.

“A second report from the same [redacted] five days later stated that a person named in the limited subset of Steele’s reporting had denied representations in the reporting and the [redacted] assessed that the person’s denials were truthful,” the IG said.

Based on the IG report, the unsubstantiated allegations about Cohen were provided by a source that had contacts with “an individual in the Russian Presidential Administration in June/July 2016,” the FBI learned in early June 2017, the same month it applied for the last renewal of the Page warrant.

This source was “voicing strong support for candidate Clinton in the 2016 U.S. elections,” the FBI was told, according to another previously redacted footnote. Parts of the footnote remain redacted, including possibly the source of that information.

Also in June 2017, a report from the U.S. intelligence community “indicated that two persons affiliated with RIS [Russian Intelligence Services] were aware of Steele’s election investigation in early July 2016,” the IG said.

That would suggest Russian intelligence was aware of Steele’s efforts since early on and was thus in a position to have disinformation fed to him.

The Goal of Disinformation

While Priestap not only denied any indications of disinformation in the dossier, he went on to argue against even the possibility.

“[Russia] favored Trump, they’re trying to denigrate Clinton, and they wanted to sow chaos. I don’t know why you’d run a disinformation campaign to denigrate Trump on the side,” he told the IG.

This argument has been countered by Ronald Rychlak, a law professor at the University of Mississippi and an expert on Soviet and Russian disinformation.

In his view, Moscow had ample reason to inject disinformation into the dossier and the FBI, the Clinton campaign, and the DNC should have seen it.

“I think there was a lot of what we sometimes call in law ‘willful blindness’ here,” he told The Epoch Times in a prior interview.

Disinformation is not merely spreading false information. It’s a term devised by the communist regime in the former Soviet Union to describe a method of manufacturing a false story to achieve a specific goal.

Disinformation usually contains three elements: It needs to have a “kernel of truth”—a bit of accurate information that could be exaggerated or manipulated to create a false perception; it needs to be spread by a source perceived as credible, such as a government agency or an established media organization; and its main claims need to be difficult to disprove.

The dossier fit the bill on all accounts, Rychlak said.

“They wanted whoever won to be weakened, to be continually fighting inside the United States, instead of dealing with things around the world.”