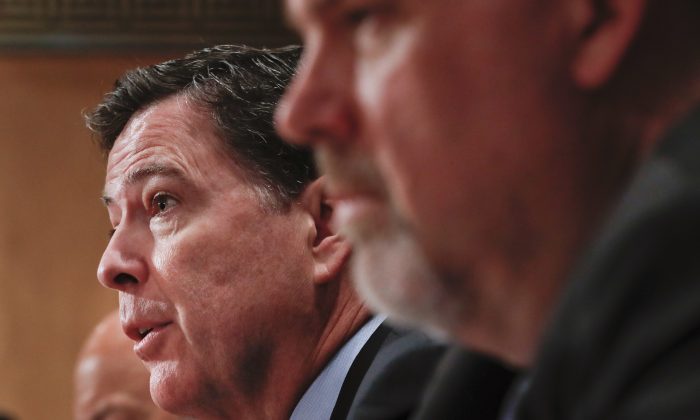 Hackers penetrated state level groups and Republican National Committee domains, Comey told a Senate panel on Tuesday. However, none of the information was released to the public.

“There was evidence of hacking directed at state-level organizations, state-level campaigns, and the RNC, but old domains of the RNC, meaning old emails they weren’t using. None of that was released,” he said, CNN reported. He noted that Russian hackers “got far deeper and wider into the (Democratic National Committee) than the RNC” and noted that “similar techniques were used in both cases.”

It comes a week after the Director of National Intelligence James Clapper told the Senate committee that the intelligence community has a “high confidence” that Russia hacked into the election to sway the election. “We have multiple high quality sources that contribute to that assessment,” Clapper said. “Attributing cyber operations is difficult but not impossible.”

WikiLeaks head Julian Assange has denied that Russian hackers were behind the leaked emails they received, giving a press conference online from London’s Ecuadorian Embassy on Monday.

He mentioned that the ODNI report lacked sources, weakening it. “It is frankly quite embarrassing to the reputations of the US intelligence services,” Assange said, adding that it’s “not an intelligence report.”

The report, he added, was carried out on alleged Russian hacks of the DNC in 2015 when President-elect Donald “Trump [was] clearly not on the horizon.” Trump only declared his presidency in August 2015.  The Washington Post reported in December 2016 that Russia was trying to influence the election to help Trump defeat Hillary Clinton.