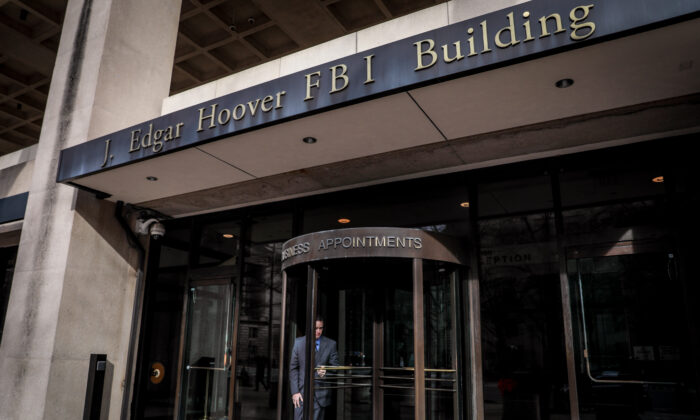 Threats to law enforcement have spiked since the FBI’s raid of former President Donald Trump’s resort, according to a joint intelligence bulletin circulated on Aug. 12, with one threat warning of a bomb at the bureau’s headquarters.

“This Bulletin is being shared in light of an increase in threats and acts of violence, including armed encounters, against law enforcement, judiciary, and government personnel, in reaction to the FBI’s recent execution of a court-authorized search warrant in Palm Beach, Florida,” the bulletin (pdf) reads.

The threats following the Aug. 8 raid of Mar-a-Lago are primarily coming from online, according to the bulletin. They’ve been posted across multiple platforms, including social media sites, forums, and video-sharing sites.

One threat was to place a so-called dirty bomb in front of the FBI’s headquarters in Washington, while others have identified specific proposed targets, including U.S. Magistrate Judge Bruce Reinhart, who approved the search warrant that agents executed at Trump’s resort.

The U.S. court at which Reinhart works removed Reinhart’s page after his action was first disclosed.

Posts reviewed by The Epoch Times on social media platforms show users saying Reinhart committed treason, and some users reportedly called for Reinhart to be executed.

The bulletin noted that an armed man, later identified as Ricky Shiffer Jr., tried forcing his way into the FBI’s Cincinnati, Ohio, office on Aug. 11. A review of Shiffer’s devices and online activity found that he was likely driven by “anti-FBI beliefs,” according to the bulletin, which states that Shiffer called on others to obtain weapons and kill federal law enforcement agents and said he was fighting in a “civil war.”

Screenshots show Shiffer posted on Truth Social, Trump’s social media site, including one post telling followers: “If you don’t hear from me, it is true I tried attacking the F.B.I.”

The Trump Media & Technology Group told The Epoch Times via email: “Truth Social does not tolerate violent threats or incitement on our platform. We work to immediately remove any such posts from Truth Social and cooperate with law enforcement.”

Some suspected domestic violent extremists have praised Shiffer’s attack and called for further attacks, while others have described it as a government-concocted incident.

The bulletin was being circulated to make sure law enforcement officers, judges, and government workers are aware of the threats and criminal incidents. It encouraged reporting suspicious activity to the FBI.

A leaked copy of the document was published by Project Veritas.

“Information contained in this intelligence bulletin is for official use only. No portion of this bulletin should be released to the media, the general public, or over nonsecure Internet servers. Release of this material could adversely affect or jeopardize investigative activities,” the bulletin reads.

The FBI declined to make a copy of the bulletin available, while the Department of Homeland didn’t respond to a query. Neither agency has disputed the authenticity of the leaked document.

“The FBI is always concerned about violence and threats of violence to law enforcement, including the men and women of the FBI. We work closely with our law enforcement partners to assess and respond to such threats, which are reprehensible and dangerous,” an FBI spokesperson told The Epoch Times in an email. “As always, we would like to remind members of the public that if they observe anything suspicious to report it to law enforcement immediately.”

Editor’s Note: This article has been updated with a statement from the Trump Media & Technology Group.