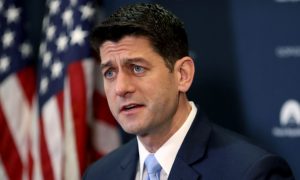 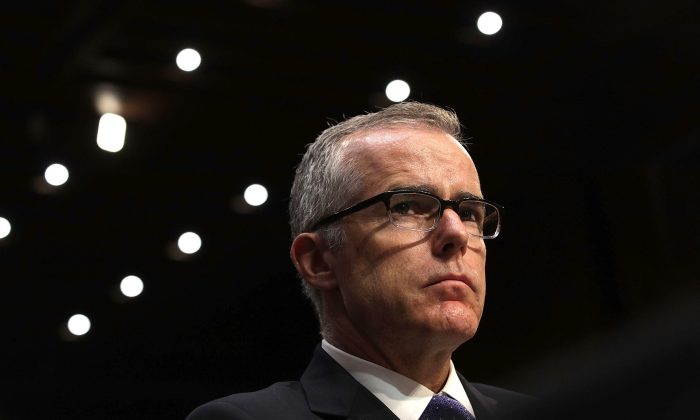 Andrew McCabe resigned from his position as deputy director of the FBI on Jan. 29, just hours before the Senate approved the release of a memo that allegedly shows the FBI using its powers for political motives that protected Hillary Clinton and sought to undermine President Donald Trump.

The shakeup at the top of the FBI is being framed by some politicians and legacy news outlets as an attack on the agency itself, with former Attorney General Eric Holder stating on Twitter that “Bogus attacks on the FBI and DOJ [Department of Justice] to distract attention from a legitimate criminal inquiry does long term, unnecessary damage to these foundations of our government.”

A veteran FBI agent, though, says that for many FBI agents, the claims of Holder and others couldn’t be further from the truth.

“The truth is that agents are very smart people. They realize the attacks from the White House are not directed at the rank and file, but clearly directed at the elite,” said Marc Ruskin, author of “The Pretender: My Life Undercover for the FBI,” who spent 27 years in the agency.

Ruskin said that among the community of former and retired FBI agents, they largely believe the agency had been dragged into politics by former FBI Director James Comey, and that this politicization of the agency continued under McCabe.

“For every agent who defends Comey there are ten who are angry with the bureau being allowed to be manipulated for political purpose,” he said.

“The belief of the rank and file FBI agents and retired agents is that the politicization of the FBI which occurred over the past couple years with Comey, McCabe, and others is essentially being cleansed,” Ruskin said.

“This is clearing house and getting the FBI back to its role as a neutral agency free from political influence,” he said.

Clearing the FBI of political influence was also raised by Frank Gaffney, president of the Center for Security Policy. He stated in an email that for those who admired the FBI “and understand its important role in protecting national security and public safety,” Jan. 29 was a red letter day.

McCabe, Gaffney said, “epitomized the politicization of the Bureau’s senior management that has hampered its performance under former directors Robert Mueller and James Comey and undermined the American people’s confidence in the organization.”

He noted that the memo allegedly exposes “politically motivated domestic surveillance and other malfeasance” that took place in the FBI under McCabe’s watch.

According to Ruskin, to properly understand the shakeup and its perceptions within the FBI, it’s important to understand the divide between FBI management and the agents on the ground.

Many who enter the FBI, he said, do so out of a desire for adventure or for a sense of justice. When advancing their careers, Ruskin said, “They want to get into more complex investigations, and instead of handling routine cases they handle major white collar or organized crime cases.”

Because of this difference in goals, there are two starkly different cultures in the FBI between agents on the ground and those who go into management.

“Agents are very dedicated to the truth and to finding the bad guys,” Ruskin said. “The other culture is of desk jockeys trying to advance their careers and rise to the next level. They’re trying to not rock the boat, and to not do anything that would inhibit their rise to the top.”

“Guys like McCabe were known for being notorious for destroying anybody who got in the way. Many perceived him to be a martinet who crushed anyone who got in his way,” Ruskin said.

McCabe, he said, was known as a micromanager who enjoyed power and pushed around those beneath him, but also had a sycophant nature who looked to appease the supervisors above him. Ruskin said, “They aren’t going to be any tears shed by his departure, particularly to the people who he viewed as obstacles in his steady climb upwards.”