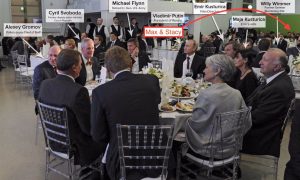 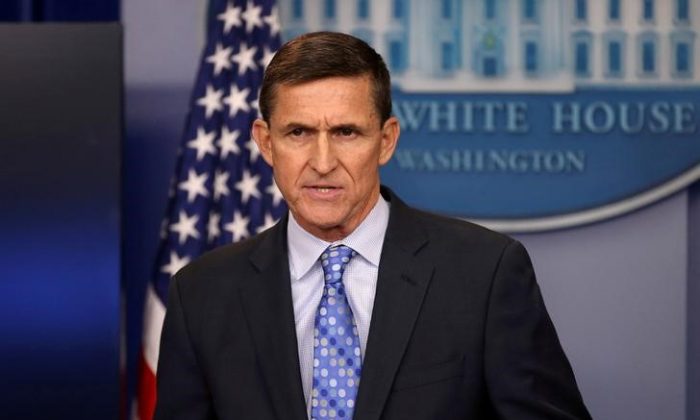 FBI agents who last year interviewed then-national security adviser Gen. Michael Flynn didn’t believe he lied to them, according to a report by the House intelligence committee.

“[T]he Federal Bureau of Investigation agents did not detect any deception during Flynn’s interview,” states the heavily redacted report (pdf), released on April 27.

Flynn was visited by FBI agents on or around Jan. 24, 2017, and agreed to talk to them. It’s not clear what the agents asked, but, based on court documents (pdf), it involved Flynn’s contacts with Russian Ambassador Sergey Kislyak and may have included whether Flynn asked for any favors from the Russian government.

Flynn did make at least two requests, the documents show: He asked Russia not to escalate the situation after then-President Barack Obama imposed additional sanctions on Russia; and he asked Russia to vote against or delay the vote on Egypt’s resolution to the U.N. Security Council regarding Israeli settlements.

Flynn, however, acknowledged he lied to the agents about making the two requests, in a Nov. 30 guilty plea.

While it may seem contradictory for Flynn to plead guilty to lying when the House report suggests he didn’t lie, or at least didn’t intentionally deceive, there may have been another factor influencing his decision.

Flynn ran a consulting firm with his son that was involved in lobbying, ordered by companies linked to the Turkish government. He shut down the firm in November 2016.

There’s no sign the lobbying had a connection to Russian interference. But the Mueller team was putting pressure on Flynn, the article stated, threatening that his son may be implicated, too.

“If the elder Flynn is willing to cooperate with investigators in order to help his son,” anonymous sources told NBC, “it could also change his own fate, potentially limiting any legal consequences.”

Later that month, Flynn entered his plea. No charges were brought against his son.

Trump fired Flynn on Feb. 13, 2017, saying Flynn misinformed Vice President Mike Pence and other officials about a phone call he had with the Russian ambassador in December 2016.

“The president was very concerned that General Flynn had misled the vice president and others,” then-White House press secretary Sean Spicer said at the time.

“Unfortunately, because of the fast pace of events, I inadvertently briefed the Vice President-Elect and others with incomplete information regarding my phone calls with the Russian Ambassador. I have sincerely apologized to the President and the Vice President, and they have accepted my apology,” Flynn wrote in his resignation letter.

Flynn was an early supporter of then-presidential candidate Trump. Flynn had retired in 2014 after serving as the director of the Defense Intelligence Agency under Obama.

A registered Democrat, Flynn has been critical of the Obama administration and former Democratic presidential candidate Hillary Clinton.