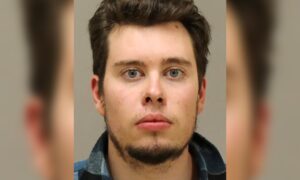 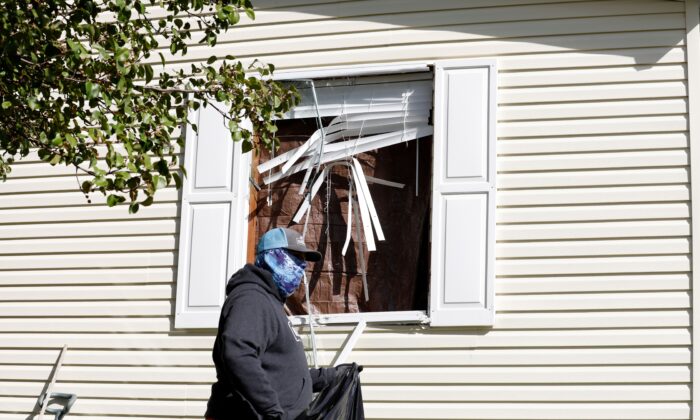 A person cleans up debris from a broken window at a home FBI agents searched in Hartland Township mobile home in connection of a plot to kidnap Michigan Gov. Gretchen Whitmer,, in Heartland, Mich., on Oct. 8, 2020. (Jeff Kowalsky/AFP via Getty Images)
Crime and Incidents

An FBI agent deeply involved in the arrest of men accused of plotting to kidnap Michigan Gov. Gretchen Whitmer was himself arrested this week for assault.

Richard Trask, 39, an agent with the bureau since 2011, was arraigned on July 19 for assault with intent to do great bodily harm less than murder, according to Kalamazoo County court records.

An FBI spokesperson told The Epoch Times that the bureau is aware of the charge. The spokesperson declined to answer when asked whether Trask is still employed by the bureau.

“We are fully cooperating with the Prosecuting Attorney’s Office on this matter. In accordance with FBI policy, the incident is subject to internal review, and I cannot comment further at this time,” the spokesperson said in an email.

Jeffrey Getting, the prosecutor who brought the charge, did not immediately respond to a request for comment.

Trask faces up to 10 years in prison if convicted. There was no lawyer listed on the court docket.

Trask was released on $10,000 personal recognizance bond following the arraignment, The Detroit News reported. A court spokeswoman could not confirm the release when reached on Monday, though county jail records did not show Trask in custody.

Trask has testified in court in the kidnap plot case and authored multiple criminal complaints in federal cases against the defendants, six of whom face federal charges.

The group conspired to abduct Whitmer, a Democrat in her first term, because of frustration over her harsh mandates issued during the COVID-19 pandemic, according to court documents.

The FBI used at least a dozen informants in building the cases, along with undercover agents, according to court filings. Trask confirmed the use in one of the documents.

Arena said the bureau’s internal affairs will look into what happened.

“Depending on the severity, it could be a suspension until things are ironed out one way or another,” Arena said. “If you can’t carry a weapon, then you’re not going to work as a street agent. He’s going to be suspended or put on restricted duty.”

Lawyers have said another FBI special agent working on the case engaged in suspect behavior.

Henrik Impola, the agent, was captured in a recording late last year telling one of the confidential sources utilized in the cases that the “best chance is to create utter confusion and chaos,” according to a defense lawyer for Barry Croft, one of the defendants.

When the source expressed concern that his identity would be revealed, Impola also said that “having done this with a lot of sources, we can cloud the water,” according to a recent filing from the lawyer.

“And it can be completely—we can send everybody into disarray and chaos where the last thing they’re worried about is [CHS’s name]. Like that’s a thing, right? It becomes a question of is it worth it? Do we want to do that, right?” Impola allegedly added.

The lawyer said Impola’s behavior “has infected the discovery produced by the government as demonstrated by the disorganized and highly duplicative way it was produced” and asked the court to intervene.