Fauci’s Contribution to Tyranny in China 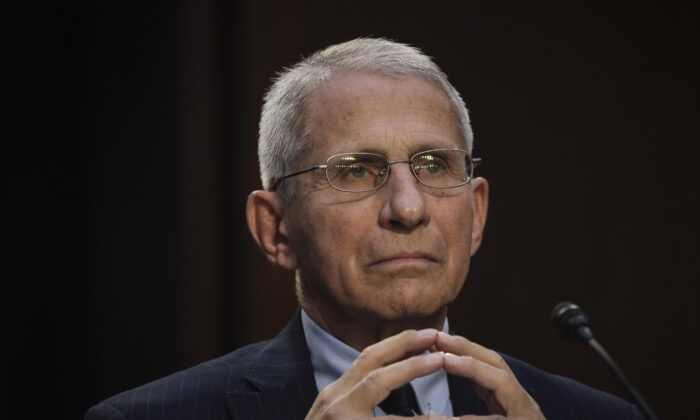 The grim news from China again puts lockdowns on trial. It seems simply incredible that the United States and most Western nations tried some version of what vast numbers of Chinese citizens are protesting now. Moreover, the tactics that the Chinese Communist Party (CCP) are using to crush dissent were tried at a lower level in the West for two years.

We should look at what is happening there and learn. And yet, this poses a serious problem for public health officials in the United States, Canada, Europe, and the UK. They have to figure out some way to justify their egregious behavior while trying to distance themselves from the despotic behavior on display in China.

Fresh off a 7-hour court deposition, Anthony Fauci started making the media rounds, this time to weigh in on virus control in China. In an interview with CNN, Fauci said that the time to shut down and otherwise lock people down, and deny human rights, is when it is for a specific purpose. Like what? When you are trying to get “enough ventilators,” or “enough PPE,” or “you want to get your population vaccinated.”

You don’t have to read between the lines to see what he is saying. He was only slightly critical of China—what is the end game, he mildly asks—while defending U.S. lockdowns as justified. And this is the thinking. We needed ventilators, PPE, and vaccinations, and so therefore the wreckage of lockdowns and shredding the Bill of Rights was all justified.

This is pretty weak. Thousands were brutally killed in the United States in 2020 on ventilators, which were often deployed when not necessary and solely to keep COVID from spreading in hospital rooms. It was brutal, even criminal. As for PPE, remember that the United States bought most of that from China at a time when trade relations were at their lowest. Seems like there was a financial incentive at work. In any case, the masks did not achieve anything anyway.

Now, as for the point about vaccination, we know too that no vaccine for a coronavirus is going to be sterilizing against inevitable mutations, so there cannot possibly be a point for mass vaccination that does not stop infection or transmission. And the latest baloney pushed even by the Wall Street Journal is that China is doing it wrong by rejecting mRNA technology. Seems perhaps that this might be the only thing the government did right!

In any case, what Fauci is doing here is grotesque: he is providing a rationale for totalitarianism at a time when masses of people in China have been rising up against despotism. If you are on the streets in China bravely protesting tyranny, what must it be like to see Fauci pushing CCP propaganda on CNN?

And yet we cannot be surprised by his antics. This whole fiasco with lockdowns began in Wuhan and spread in part due to Fauci’s encouragement of the idea. He agreed to have the United States participate in a Potemkin-Village-style tour of post-lockdown Wuhan in the middle of February that resulted in a World Health Organization report that effectively instructed the entire world to lockdown. Fauci’s deputy assistant Clifford Lane was on the trip. They went from city to city in awe of the great job that the CCP did in controlling the virus by controlling its people!

Thus did the entire world, with the exception of a handful of states like Sweden and Tanzania, follow the Xi Jinping method of virus control. Imagine what watching this did for the ego and powerlust of Xi. It made him believe that he was the world’s smartest and most influential person. The entire planet Earth celebrated him as a genius and he came to believe it.

This is Fauci’s fault, and also the WHO! It is they who provided the codification of a job well done that Xi was seeking. Fauci was played and why? Most likely because he was more concerned about covering up his own role in funding the Wuhan lab than he was concerned for the rights and liberties of Americans. Then he took it a step further and started pushing for censorship of dissidents here.

One might wonder why the heck China is still doing the lockdown thing three years later. After all, didn’t subsequent events prove beyond a doubt that lockdowns achieve nothing but destruction? Didn’t we see that the virus comes in any case, sweeps through the population, and immune systems adapt? Didn’t we see that for the most part the attempt to vaccinate our way out of a pandemic is a chimera?

We did indeed. Why does Xi keep it up? For two reasons: his ego and his power.

The ego part makes him believe that his greatest contribution to world history and epidemiology is on the line. He has to keep going with this preposterous Zero-COVID bit in order to vindicate his own legacy.

On the power part, virus control has been the single most effective means by which governments have justified horrific increases in their ability to control populations via stay-at-home orders, surveillance, and forced medical injections. Governments all over the world saw the opportunity and seized on it while their abused populations were disoriented and afraid. It was pure tyranny. And we are only now crawling out of it.

Except in China, where government propaganda still tells an increasingly incredulous population that zero-COVID policies are scientific and so anyone who doubts them is an enemy of science, an enemy of Xi, and an enemy of the CCP. Where did China get this idea for bludgeoning their people with lies? There seems to be this feedback loop in operation, with Fauci learning from Xi and Xi learning from Fauci. There is far more that unites them ideologically than separates them.

One might hope that governments around the world would be inspired by good examples rather than bad ones. Why, for example, did governments not learn from Sweden’s light approach which preserved schooling and normal market functioning? We now know for sure that Sweden outperformed most of the world in excess deaths. Why are people not looking there instead of Beijing for inspiration for how to handle pandemics and public health? They should be.

Instead, the United States and all Western nations have pushed the building of a new machinery of oppression that goes by the name Pandemic Preparedness. So far as I can tell, this is code for CCP-style lockdowns. When Sam Bankman-Fried was at the height of his power, he told anyone who would listen that supporting Pandemic Preparedness was his number one philanthropic purpose. To that end, his scam business FTX shoveled millions into the cause, roping in scientists and nonprofits all over the country to provide cover for the very lockdowns being protested in China today.

Counterfactual history is fraught with peril but let’s just imagine an alternative scenario. Let’s just say that the WHO and U.S. delegations to China in February 2020 had gone on their stupid tour of China and came back with a report that was truth-telling and honest. It might have said something like the following:

“The CCP is using the appearance of a new respiratory virus—one that is medically insignificant for the overwhelming part of the population—as a pretext for increasing its power and control over the population. People have been treated brutally, welded into their homes. Travel has been stopped, in violation of all human rights. This strategy is despotic, and ultimately unworkable. The virus will still circulate regardless, as we know from all competent epidemiological studies. Moreover, these quarantines will result in terrible social and economic results. All civilized nations should reject such tactics.”

A report like that would have caused history to unfold very differently. China would have been alone in the world in its lockdown brutality. And three years later, the error would be obvious, Xi would be disgraced, and the CCP might have lost its hold on power. And today, U.S. elites like Fauci would be in a position to say we told them so.

Instead, the whole world finds itself on the backfoot in looking at events unfolding in China. Herein we see the problem with moral compromise in politics. It only encourages tyrants, both abroad and closer to home.