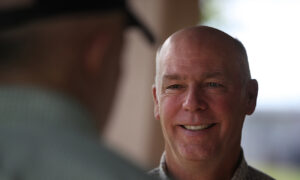 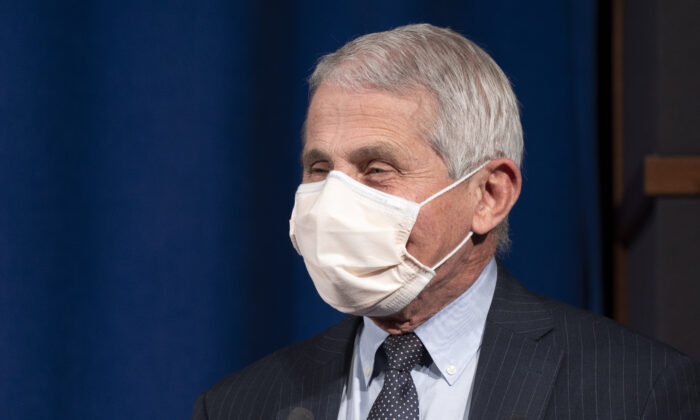 Dr. Anthony Fauci, the White House’s top medical adviser, said on Sunday that people in the United States may still need to wear masks in 2022.

When asked during an interview on CNN‘s “State of the Union” if Americans will need to continue wearing masks into next year, Fauci replied that he thinks “it’s possible that that’s the case.”

“I think we’re going to have a significant degree of normality, beyond the terrible burden that all of us have been through in the last year, that as we get into the fall and winter by the end of the year, I agree with the president completely that we will be approaching a degree of normality” said Fauci.

However, Fauci noted that things may not get back to the exact way they were before the CCP virus pandemic by that time, and that people may still need to wear masks until daily case counts drop and the “overwhelming majority” of people are vaccinated.

“If you combine getting most of the people in the country vaccinated with getting the level of the virus in the community very, very low, then I believe you’re gonna be able to say, for the most part, we don’t have to wear masks,” Fauci said.

“I want to see it go way down,” he continued. “When it goes way down and the overwhelming majority of people are vaccinated, then I’d feel comfortable saying we don’t need to wear masks.”

Fauci’s remark came after Biden on Friday toured a vaccine manufacturing site of Pfizer in Michigan, where he said that he hopes the nation will be approaching normalcy by the end of 2021 as vaccines continue to roll out.

“I believe we will be approaching normalcy by the end of the year,” said the president. “God willing, this Christmas will be different than the last.”

Biden then refused to make a promise because “things can change.”

“I can’t make that commitment to you. There are other strains of the virus. We don’t know what could happen in terms of production rates,” he said. “But we’re doing everything the science has indicated we should do, and people are stepping up to get everything done that has to be done.”

As of Sunday morning, over 43.6 million Americans have received at least one dose of either Pfizer or Moderna’s vaccine, while more than 18.8 million have received both scheduled doses, according to the Centers for Disease Control and Prevention.