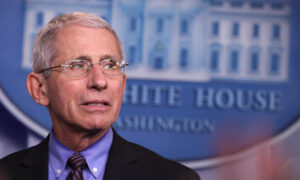 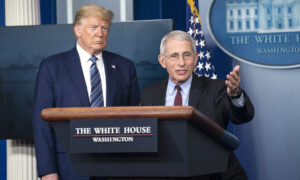 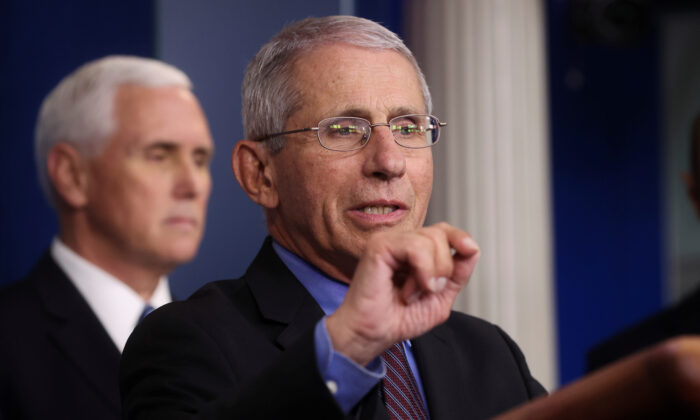 Dr. Anthony Fauci, the government’s top infectious disease expert, said Tuesday that while the daily White House COVID-19 briefings are “really draining,” they are an important source of information about the outbreak.

Fauci, who serves as the National Institute of Allergy and Infectious Diseases director, made the remarks to The Associated Press.

“Being there, to be able to answer the questions of the media, I think is really important,” Fauci told the agency on Tuesday. “Because we’re going through a real public health crisis in our country.”

He said he finds the duration of the meetings challenging but concedes they serve an important function.

“If I had been able to just make a few comments and then go to work, that would have really been much better,” he said. “It isn’t the idea of being there and answering questions, which I really think is important for the American public. It’s the amount of time.”

Fauci’s comments on the importance of the COVID-19 briefings come after reports that ABC, CBS, NBC, CNN, and MSNBC began cutting away from portions of the briefings last month.

Fauci has become one of the most prominent voices on the White House task force that coordinates the government-wide response to the outbreak of the CCP (Chinese Communist Party) virus, a type of novel coronavirus that emerged from mainland China last year and causes the disease COVID-19.

He has appeared alongside President Donald Trump almost every day to deliver updates on the pandemic.

At a White House briefing on Monday, Fauci said there were signs that in some areas the pandemic curve was flattening, shorthand for a reduction in the rate of new daily infections and a sign the outbreak is coming under control.

“We’re starting to see in some areas now that kind of flattening,” Fauci said, adding, “particularly in a place that was a hotspot like New York.”

“Things are starting to balance off,” he said.

Meanwhile, Trump told reporters in the Rose Garden on Tuesday that the country was making “substantial progress in our war against the virus.”

“We grieve at every precious life that has been lost to the invisible enemy, but through the darkness, we can see the rays of light,” Trump said, adding that 15 percent of U.S. counties have zero cases of COVID-19.

Trump also fielded questions about the much-discussed timing and process of reopening the economy amid hopeful signs of the outbreak tapering, and concerns that if things open too soon, there might be a resurgence of infections.

“We have one country, but we have lots of different pieces. It’s a puzzle,” Trump said, adding that he would not pressure state governors to open before they’re ready. “We’ll open it up in beautiful, little pieces as it comes along.”