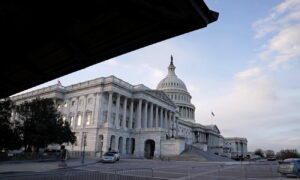 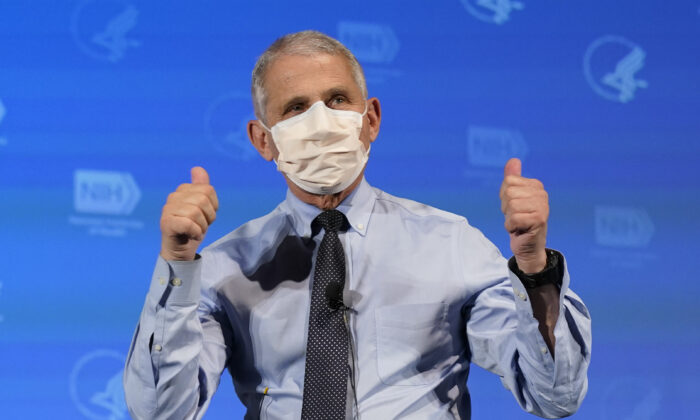 Dr. Anthony Fauci and other health officials got COVID-19 vaccines on Tuesday.

The group, which included Health Secretary Alex Azar, was vaccinated at the National Institutes of Health (NIH) Clinical Center in Bethesda, Maryland.

The vaccinations marked the beginning of the NIH’s vaccine program. The health agency plans on vaccinating frontline workers in the coming days.

“I am proud to say that the messenger RNA technology used for both of the COVID vaccines now authorized by FDA, rest [sic] on fundamental research conducted right here at NIH at our Vaccine Research Center,” NIH Director Francis Collins told a press conference.

Pfizer and Moderna’s vaccines have both received emergency approval from the Food and Drug Administration (FDA) this month. The vaccines use strands of genetic material called mRNA inside a special coating, which protects the RNA from enzymes in the body that would otherwise break it down.

“mRNA can most easily be described as instructions for the cell on how to make a piece of the ‘spike protein’ that is unique to SARS-CoV-2,” the Centers for Disease Control and Prevention (CDC) states on its website. “Since only part of the protein is made, it does not do any harm to the person vaccinated but it is antigenic,” meaning it evokes an immune system response.

The NIH was closely involved with Moderna’s vaccine.

“What we are seeing now is the culmination of years of research which have led to a phenomenon that has truly been unprecedented. That is, to go from the realization we are dealing with the new pathogen, a virus that was described in January of this year, to less than one year later have vaccines going into the arms of so many, including myself. I consider it an honor to be part of this process,” Fauci added.

There have been thousands of negative reactions to the vaccines, out of hundreds of thousands administered since Dec. 14. A small percentage suffered anaphylaxis, or severe allergic reactions.

Asked for more details, a CDC spokeswoman referred The Epoch Times to an online statement.

Also receiving shots on Tuesday were Collins, NIH Office of Research Services Director Colleen McGowan, and six workers at the institute’s Clinical Center. Vice President Mike Pence, Surgeon General Jerome Adams, and House Speaker Nancy Pelosi (D-Calif.) are among the other government officials who have been vaccinated in recent days.

Fauci earlier Tuesday called it “an important moment,” noting that he was receiving a vaccine produced by Moderna that just received emergency approval.

“I feel very good about it, because in a large part that vaccine was developed by my group at the NIH,” he said on ABC’s “Good Morning America.”

“It’s sort of a double positive. One, in general, I’m doing it because I want to symbolize to people the importance that everyone gets vaccinated who can get vaccinated.”