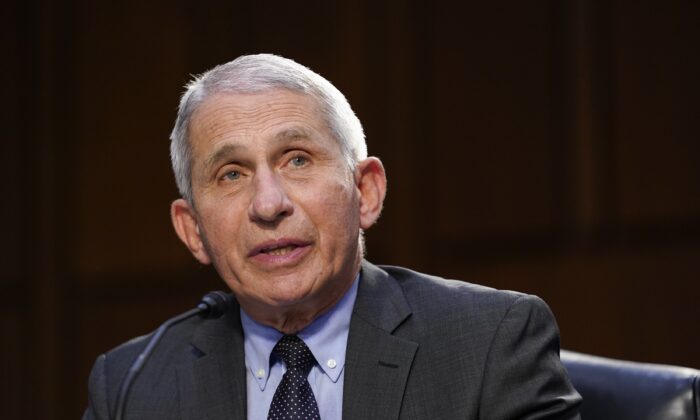 Dr. Anthony Fauci, director of the National Institute of Allergy and Infectious Diseases, speaks to members of Congress during a hearing in Washington on March 18, 2021. (Susan Walsh/Pool/Getty Images)
By Zachary Stieber