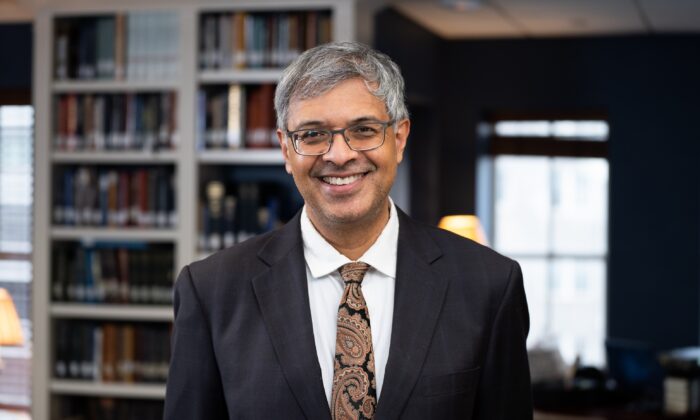 Dr. Anthony Fauci’s comparison of Great Barrington Declaration authors and signatories to “AIDS denialism” was “utterly shocking,” one of the authors says.

“In no way have I or any of the signers of the Great Barrington Declaration denied COVID. COVID is a deadly disease. It’s killed millions. It in particular is a danger to older populations,” Dr. Jay Bhattacharya, an epidemiology professor at the University of Stanford, told EpochTV’s American Thought Leaders program.

The premise of the declaration is that COVID-19 presents a danger to some people, Bhattacharya and Martin Kulldorff, another author, told The Epoch Times.

“The reason that we proposed focused protection in the Great Barrington Declaration is because we take COVID very seriously and that there needed to be much better protection of older, high-risk people,” Kulldorff said. But “we protected the younger members of the laptop class who were terrified of the COVID when they shouldn’t have been because the risk was very, very small. At the same time, we didn’t protect older working-class people” like bus drivers.

The declaration called for a more targeted approach to combating the pandemic. Instead of imposing lockdowns and other harsh measures against the entire population, the authors called for focusing on protecting those most at risk from COVID-19, such as the elderly.

Fauci, on the other hand, has endorsed lockdowns and the closure of schools, among other policies.

Fauci, the longtime head of the National Institute of Allergy and Infectious Diseases, in an internal email obtained by The Epoch Times, said the declaration reminded him of “AIDS denialism,” referencing three scientists who questioned the link between HIV and AIDS.

Fauci and his agency have not responded to requests for comment.

Bhattacharya, who penned the declaration with Kulldorff and fellow epidemiologist Sunetra Gupta, said the trio was “not arguing that COVID isn’t caused by the SARS-CoV-2 virus.”

“So the analogy makes no sense on its own terms. And in terms of denying the harms of COVID—I think quite the contrary—what we’re trying to do is take the data about who’s most at risk from COVID seriously, take data on who’s most at risk from the lockdowns seriously, and then propose a policy that would address the risk that COVID actually poses, as opposed to the failed policy which Tony Fauci was the primary architect I believe. Where if we just locked down for a short period of time, the disease will go away, if we just wear masks for a short period of time the disease go away, if we force-vaccinate 100 percent of the population, the disease will go away, ” he added.

Fauci was among the top U.S. health officials who promoted efforts like “15 days to slow the spread” early in the pandemic.

“All of these were failed promises based on flawed scientific understanding of the nature of COVID. And to turn around and then say that we were somehow denying COVID? I think the charge goes more strongly in the other direction, where Tony Fauci and others who supported lockdowns denied basic facts about COVID, such as whether COVID-recovered patients have natural immunity, that actually led to many of the mistakes that were made,” Bhattacharya said.