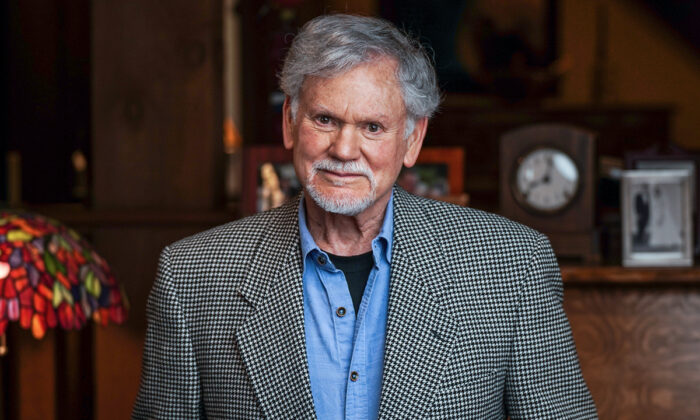 Warren Farrell, author of “The Boy Crisis: Why Our Boys Are Struggling and What We Can Do About It,” in Mill Valley, Calif., on April 16, 2021. (Tal Atzmon/The Epoch Times)
Social Issues

Warren Farrell, author of the book “The Boy Crisis: Why Our Boys Are Struggling and What We Can Do About It,” has found that being “dad deprived” is a leading factor in males’ increased mental illness, addiction, and suicide.

He links the mass shootings in 53 developed countries to boys and men who lacked a father figure, and he specifically mentioned six mass shootings that have occurred in the United States in the 21st century.

He said that girls are growing up in the same environment as boys, with access to the same media, video games, and guns and dealing with the same mental health issues, but they aren’t committing any of the shootings.

Farrell has made it a part of his mission to educate lawmakers about the importance of fathers in the lives of children, especially young boys. His efforts have resulted in Florida and Kentucky enacting laws that acknowledge the crucial role of the father, especially in the case of divorce.

According to the U.S. Census Bureau, a single mother living with her child or children is the second most common living arrangement in the United States, a number that has doubled in the past 50 years.

The Florida Legislature recently passed HB 7065, which allocated $70 million in funding to provide a wide array of family and youth support through the Department of Juvenile Justice (DJJ) and the Department of Children and Families (DCF).

“There are more than 18 million children in our country who live without a father in their home,” said Gov. Ron DeSantis when he signed the bill into law on April 22. “This has a severe impact on children and often leads to dropping out of school, crime, and substance abuse. Incredibly, there are those who diminish the importance of fatherhood and the nuclear family—we will not let that happen in our state. I am proud to say we are doing everything we can to support involved fatherhood in Florida.”

In 2018, Kentucky Gov. Matt Bevin signed a bill into law that automatically presumes both parents will share equal custody of children in the case of divorce, while still providing judges with the discretion to limit shared custody if one of the parents is unfit.

Farrell said it’s good that Florida and Kentucky have taken these steps, but that by and large, the crisis of fatherlessness is still being avoided.

Farrell mentioned the work of psychologist Richard Warshak, who found that children who spend time with both mothers and fathers after divorce had better outcomes later in life, and that the presence of the father was more important than economic variables.

Farrell said Warshak’s study found that 100 percent of academics agreed that children who were raised without a father had the biggest problems.

Farrell said he served on the board of the National Organization for Woman (NOW) in New York City and has spoken all around the world about women’s issues, so he tends to be in line with Democratic thinking on such issues.

When he went to Iowa during the 2020 presidential election to speak with the Democratic candidates, Farrell said candidates John Hickenlooper and Andrew Yang both agreed with him about the epidemic of fatherlessness.

This was not a surprise to Farrell who, having worked in a leadership role of a feminist organization, had seen this type of thinking and the marginalizing of fathers before. These organizations do not put the interests of the children first, but rather the mother, Farrell said.

Farrell said children do better after a divorce when they spend an equal amount of time with both the mother and father, and especially when there is communication and balanced input from both parents. Each parent brings strengths to the raising of a child: mothers tend to set boundaries and praise their children while dads enforce boundaries and allow children to take risks, said Farrell.

“In their enforcement of the boundaries, [dads] build the discipline for the child to accomplish the postponed gratification and the focus on the attention to detail,” he said. “Children raised predominately by dads are far less likely to have ADHD because they’re required to focus on the actual thing that they’re doing.”

The boys that committed these mass shootings at schools suffered from not having a caring, strong male role model. In addition to that, boys are often told their feelings don’t matter, which leads to emotional toxicity, said Farrell.

“Boys who are fatherless, very frequently they are not likely to have that postponed gratification that emanates from boundary enforcement. Therefore they start not doing as well in school,” said Farrell.

He said he’s talked to boys in high school, and the boys said what they learn about in school when it comes to male–female issues is toxic masculinity, without any understanding of the sacrifices that males made that led to that toxicity, as well as the concept of “the patriarchy,” said Farrell.

Farrell said boys are suffering because they are being told that their masculinity is bad.

“The world was not dominated by a patriarchy. It was dominated by the need to survive, and in order to survive, both males and females were restricted in their roles,” said Farrell, adding that feminism blames men for societal problems and does not take into account the sacrifices they make for their families.

Farrell said that while trying to do good, he also blames himself for being on the board of directors of the NOW for three years, where these detrimental feminist ideas that hurt boys, and ultimately girls, were spread.

Farrell began his work for equal rights of women because he believed in the credo, “I am woman, I am strong,” but now he said he doesn’t support feminism because the feminist movement has changed to, “I am woman, I’ve been wronged.”

This type of thinking is hurting boys, he said, and it needs to change so both boys and girls can benefit from a father’s full input in their lives.

Farrell advises all single mothers to let the biological father know he is very much needed, and he will respond well.

“When you say, ‘I see now what the positive value of your roughhousing, you’re teasing, you’re allowing our son or daughter to take a risk of walking into a lake and maybe getting lost,’ and what that does, then, the dad will say, ‘Alright, if I can be appreciated, now I’ll be back,” said Farrell

If the biological dad is not able to be involved, Farrell suggests enrolling boys in groups or team sports, where other male role models can help shape their character.

He advises parents to connect with their children, to listen instead of trying to fix their children’s problems, and to have family dinner nights free of media so they can practice these listening skills and deepen the relationship.

“Empathetic parents who are only empathetic create children who are self-centered, thinking that only their needs are being paid attention to,” he said. “So you have to both be empathetic and require of your children that they also listen to your perspective.”

Based on his work with counseling couples, Farrell said that listening needs to extend beyond children to the spouse or former spouse so there is respectful, healthy communication.

Co-parenting couples must realize that no parent intends to harm their child, said Farrell.

Adults must “learn how to hear those that we are not initially inclined to hear and to know how to be criticized by the people we love without becoming defensive,” said Farrell.