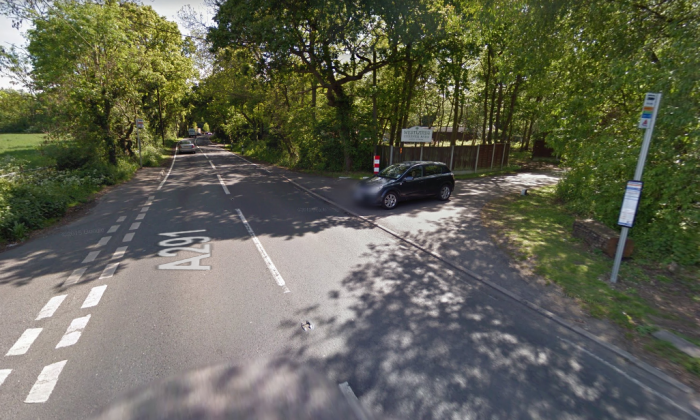 Richard Kray has been sentenced for killing his daughter in his caravan at Westlands caravan park. The entrance of the park is pictured above. (Screenshot via Google Maps)
UK

A father has been sentenced for strangling his daughter to death in his caravan (trailer) and then attempting to murder her mother.

Richard Kray, 64, strangled his 19-year-old daughter Olivia at Westlands Caravan Park in Kent in July. He then tried to strangle his ex-wife Damyantee Cowan.

Kray, a mental health worker, told police he had “lost the plot” with his daughter, who had severe anxiety problems and a mixed personality disorder, according to reports.

The judge at Maidstone Crown Court handed Kray a 10-year prison term on Monday Feb. 5, which includes treatment in a specialist psychiatric unit.

“This is a deeply sad case, where a man, failing to see a way of managing ongoing issues with mental health, has instead chosen to kill his own daughter and tried to kill another,” said Detective Chief Inspector Ivan Beasley from Kent Police. “It is a wretched decision, which will stay with Richard Kray for the rest of his life.”

He added, “My thoughts are with the family and I thank them for their support through this case.”

In a statement sent to Metro, Olivia Kray’s family described her as a “bright and beautiful young lady.”

Kray admitted to manslaughter on the grounds of diminished responsibility and attempted murder.

After the 64-year-old killed his daughter on July 21, he went to his ex-wife’s home to try and strangle her. She managed to escape and run to Herne Bay Police Station for help.

When arrested he said, “I’m guilty. I couldn’t let her suffer anymore, so I just … I know it sounds callous but I couldn’t think of anything else to do,” Kent Live reported.

The court heard that Kray had spoken to two people, including his sister, months before the attack, saying that it would be easier to kill them, as he saw no future.

At the sentencing, Judge Philip Statman said he had no doubt that Kray was devoted to Olivia and her needs and they loved one another, according to Kent Live.

But Statman added, Kray “snapped.” He described the case as “unique, terrible, and tragic.”

Speaking with the BBC, Beasley said, “The family are devastated, and as far as the sentence is concerned they don’t feel very happy about it.”

He added, “The judge believed this was a very unique case, and did struggle to give an appropriate sentence.”