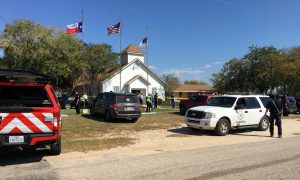 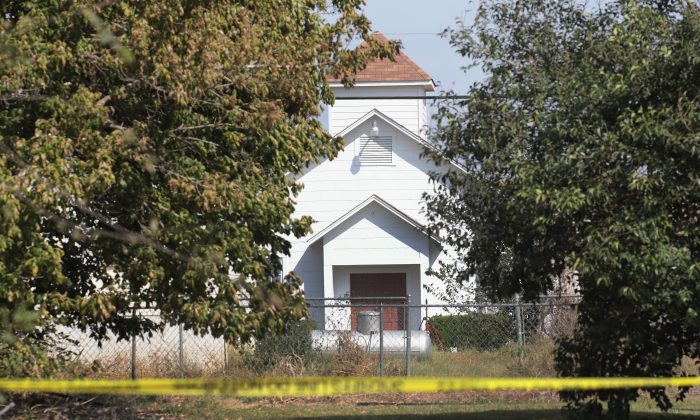 The father of the 26-year-old gunman who killed 26 churchgoers and wounded 20 others in the Sutherland Springs Texas First Baptist Church on Nov. 5 spoke publicly for the first time since the tragedy occurred.

“We are grieving,” Michael Kelley told ABC News on Nov. 8. “Our family is grieving.”

The Kelleys live in the small southeast Texas city of New Braunfels, about 25 miles northeast of San Antonio, and 35 miles north of Sutherland Springs.

Michael was worried about the effect the shooting would have on the rest of his family. Rural Texas communities tend to be tight-knit, where everyone knows one another. Devin’s mother-in-law attended the church.

“I don’t want our lives, our grandchildren’s lives, destroyed by this media circus,” Michael said.

Michael Kelley’s son seemed to be a normal, if somewhat awkward, teenager whose life took a dark turn after he left school.

Devin joined the Air Force in 2010, right after graduating from High School. He was stationed at Holloman Air Force Base in New Mexico.

He got married in 2011, but not happily; in 2012 he was arrested for assaulting his wife and infant son on several occasions, and, on one occasion, fractured his son’s skull.

He was placed in a mental health facility in Santa Teresa, New Mexico, later in 2012 after trying to smuggle guns into the base, CNN reported. According to a police report, he planned to kill his superior officers.

Kelley escaped from the facility, but was captured in El Paso, Texas and was returned.

He was tried for the assault charges later that year; he pleaded guilty and was placed in a military prison until 2014 before being given a Bad Conduct Discharge.

After his discharge, Kelley remarried. He and his wife lived briefly in Colorado, then moved to in New Braunfels, Texas, where Kelley’s mental state continued to deteriorate. He drove away many of his remaining friends with virulent anti-Christian, pro-atheist posts on Facebook.

Before the attack, Kelley had sent threatening text messages to his mother-in-law, who attended the First Baptist Church, according to Time.

“It’s a senseless crime, but we can tell you that there was a domestic situation going on within this family,” Freeman Martin, regional director for the Texas Department of Public Safety, said Monday at a press conference.

“We can’t go into details about that domestic situation that is continuing to be vetted and thoroughly investigated,” Martin said, “but we want to get that out there—that this was not racially motivated, it wasn’t over religious beliefs, there was a domestic situation going on within the family and the in-laws.”

Early on the morning of Sunday, Nov. 5, Kelley donned black tactical gear, including a bulletproof vest and a helmet, loaded two pistols and a rifle into his truck and drove the 35 miles south to Sutherland Springs.

After walking up and down the aisle of the church methodically shooting parishioners in each pew, Kelley exited the church where he was engaged by a local resident, Stephen Willeford. A gunfight ensued.

Willeford shot Kelley, who jumped into his Ford Expedition and fled. Willeford flagged down another townsperson, Johnnie Langendorff, and the pair took off in pursuit.

Kelley eventually crashed the truck and shot himself, according to local police.