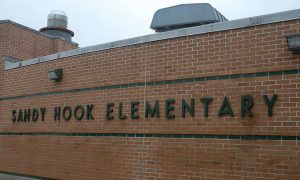 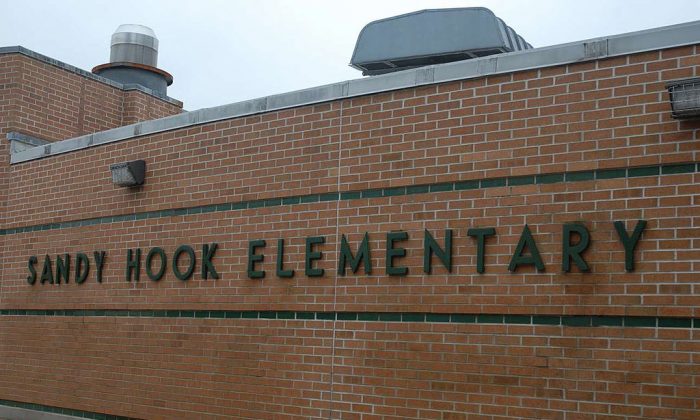 The exterior of the Sandy Hook Elementary School following the Dec. 14, 2012 shooting rampage, taken on an unspecified date in Newtown, Connecticut. (Photo by Connecticut State Police via Getty Images)
US News

The father of a victim in the Sandy Hook massacre was found dead of a reported suicide on March 25.

According to the Newtown Police Department, “The death appears to be a suicide but police will not disclose the method or any other details of the death, only to state the death does not appear suspicious.”

49-year-old Jeremy Richman was found dead this morning around 7am.

According to WFSB, his body was taken o the Connecticut state medical examiner’s office for an autopsy. It’s expected to be completed later on March 25.

Avielle was among 26 students and staff who were shot dead in the 2012 Sandy Hook Elementary School shooting.

JUST IN: The body of the father of a Sandy Hook shooting victim was found at #Newtown's Edmond Town Hall.

“This is a heartbreaking event for the Richman family and the Newtown Community as a whole, the police department’s prayers are with the Richman family right now, and we ask that the family be given privacy in this most difficult time,” said Lt. Aaron Bahamonde, Newtown police, reported WFSB.

Richman was the founder of the Avielle Foundation, and it works to reduce violence in society, Fox61 reported.

Police said the father of a victim of the Sandy Hook shooting died in an apparent suicide early Monday.

Richman’s death is the third reported suicide with a mass shooting-related connection in the past week.

In Florida, two students who went to Marjory Stoneman Douglas High School in Parkland reported took their own lives in the past several days.

Sydney Aiello, 19, took her own life on March 17, according to officials. She was a friend of Meadow Pollack, one of the students who died in the school shooting last February.

Her mother told a CNN affiliate that her daughter suffered from survivor's guilt after the Parkland school shooting and had recently been diagnosed with post-traumatic stress disorder.

Over the weekend, a second, unnamed student killed themselves. The name of the student has been withheld, but police said he was a sophomore at the school.

Coral Springs Police spokesman Tyler Reik told CBS News that the second Parkland student died of an “apparent suicide” on the night of March 23. The student was described by Reik as a juvenile and released no further information, including the name.

Reik told CBS there’s “no indication at all” that the unnamed student death was linked to last year’s school shooting or Aiello’s suicide.

Ryan Deitsch, who helped organize the March for Our Lives, made a statement about the recent death: “This is the aftermath of a massacre. Mental health care treatment in schools is atrociously underfunded and under-resourced, even in Parkland. Now is beyond the time to invest in the well-being of our students and our future,” according to Local10.

Andrew Pollack, the father of Meadow, said of Aiello’s death: “It’s terrible what happened. Meadow and Sydney were friends for a long, long time.”

He said, “Killing yourself is not the answer,” the Miami Herald reported.