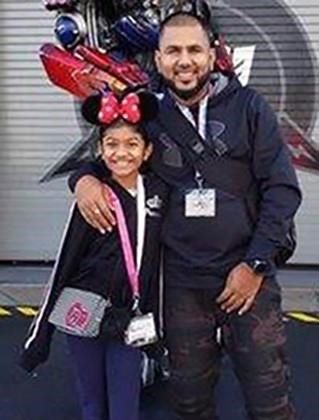 Father of Girl Who Died After Amber Alert Issued to Face Charges: Police

BRAMPTON, Ont.—A father who allegedly killed his 11−year−old daughter while the two were supposed to be celebrating the girl’s birthday is in police custody and will soon be facing charges in her death, officers west of Toronto said on Feb. 15.

The 41−year−old man was arrested about 130 kilometres away in Orillia, Ont., by provincial police, but was back in custody of the force handling the investigation into his daughter’s death, Marttini said.

Riya was briefly the subject of an Amber Alert very late on Feb. 14, hours after her mother went to police to report that Rajkumar, her former boyfriend, was allegedly making comments indicating his intention to harm both himself and their child, Marttini said.

“She came in already fully concerned saying, ’this is what he’s saying to me, I’m concerned for the well−being of my daughter, I need some help,’” Marttini said. “Obviously our investigators took action right away.”

Riya, who was out spending time with her father to celebrate her birthday, was found dead at his home shortly after the Amber Alert was issued, Marttini said. Police said Rajkumar was found as a direct result of someone who received the alert.

Marttini said it’s too early to know what charges the father will be facing, but indicated he will officially be accused in Riya’s death.

“Because there is a level of the severity of the case, there’s obviously the potential for first−degree [murder], second−degree, or manslaughter,” Marttini said in a telephone interview. “That conversation has to happen between our homicide bureau and the Crown attorney … That is the spectrum of charges we’re looking at.”

Marttini said Rajkumar will likely be formally charged within the next 24 hours.

Part of the block Rajkumar’s home was on was cordoned off by police on Feb. 15. Officers were seen moving in and out of the home while several police vehicles were parked nearby.

Marttini said police began investigating after Riya’s mother sounded the alarm when her daughter did not return home from her planned birthday festivities on time.

The girl did not live with her father on a full−time basis, police said, but was dropped off at a gas station in nearby Mississauga, Ont., at about 3 p.m. so her father could take her out for her birthday.