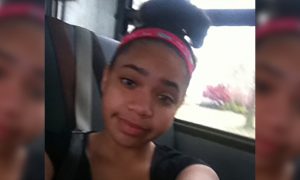 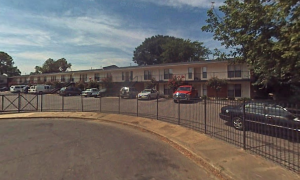 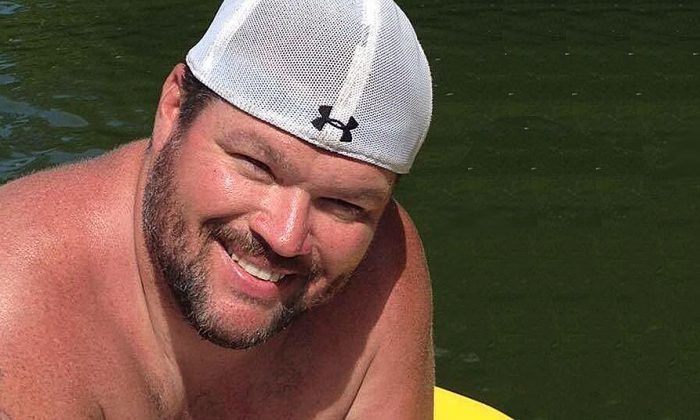 A Missouri man was shot and killed in an argument over the size of a dog—after exchanging phone numbers with the gunman and discussing working together.

Scott Beary, 43, and his friend and co-worker Ryan Jacobsmeyer, 37, dropped in at the Show-Me’s restaurant and sports bar in Florissant on the afternoon of Wednesday, Feb. 7, intending to get some lunch while a work truck was repaired at a nearby garage, Fox News reported.

Beary and Jacobsmeyer sat at the bar next to two other men, apparently friends.

Beary talked to the gunman about possibly hiring him for some construction work. Then the conversation turned to the size of the other man’s pet German shepherd.

Carl Leavy, 46, who was sitting nearby, told the St. Louis Post-Dispatch that he witnessed the entire incident.

The dog owner said the dog was out in his car in the parking lot and that they should go out and see it. The dog owner and his friend left together. Beary stayed at the bar.

The pair returned from the parking lot, and the gunman seemed upset, according to Carl Leavy.

Leavy told the Post-Dispatch, “He didn’t seem the same.”

The gunman paid his bill and prepared to leave. Beary and Jacobsmeyer were leaving at the same time and walked past the other pair. According to Carl Leavy, the man who talked with Beary about work tapped Beary’s shoulder and said, “No hard feelings.”

Then, as Beary was reaching the door, the same man cursed at him.

Beary turned back and walked toward the man, asking “Why would you say that?”

Then, Leavy heard four or five gunshots. Leavy, who was less than five feet away, said the gunman fired directly into Beary’s chest.

One of the bullets struck Ryan Jacobsmeyer in the arm, Fox reports.

Beary fell to the floor. Leavy held his head while Jacobsmeyer, himself bleeding from a bullet wound, tried to revive his friend.

“It was just unreal,” Show-Me employee Victoria Howard told Fox2. “I could see that there was a little scuffle. As my manager was walking over there was about 4 shots and then everybody started running out of the restaurant.”

When police arrived, Chief Timothy Lowery told Fox2, the gunman had been disarmed by restaurant patrons.

“He surrendered peacefully,” Lowery said. “He was at the front door when police arrived. He was already disarmed by the patrons in the bar and we recovered a weapon.”

“They said they`ve never had anything like that happen in Show-Me before,” Victoria Howard said, “I’m expecting to go into a safe work environment and people start shooting! It`s just crazy!”

The man who fired the fatal bullets had not been charged as of Friday, Feb. 9—in fact, police had to let him go.

A post on the Florissant Police Department’s Facebook page stated, “By law an individual can’t legally be held in police custody when no charges are issued within 24 hrs.”

The post continued, “The St. Louis County Prosecuting Attorney’s Office and that office has decided to take the case under advisement and not issue charges at this time.”

A Double Tragedy for the Family

Scott Beary’s wife and three children were already reeling from a tragedy, which had hammered the family just days before.

On Friday, Feb. 2, Scott and his wife Christy had to bury their newest addition, Jocelyn. The infant was born extremely premature—at only 22 weeks. She weighed only 14 ounces. She survived for only 11 days.

One of Beary’s friends, Dean Sheppard, has established a page at YouCaring where people can donate to help the Bearys cope with their loss and the expenses they face.

On the page, Sellenschuetter said “I had the privilege of not only working with Scott but also the honor of being his and Christy’s friend.”

“While speaking with KMOV, Sellenshcuetter said, “I would love to know why.

“I mean, like what makes an argument in a bar turn into unloading a gun four times?”

“We put her [baby Jocelyn] to rest and we were all healing and now this happens,” Sellenschuetter continued, “and so we’re going to start all over again and we’re going to be in that same church that we were just inside on Sunday and it’s not fair.”