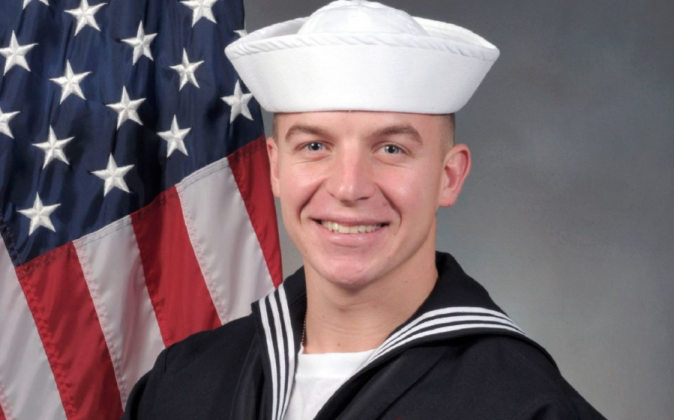 Father of Drowned SEAL Candidate Demands Answers From US Navy

The father of a U.S. Navy SEAL candidate who died during training several years ago levied several accusations against the military after another SEAL candidate died earlier this month.

“I’d like to send my condolences to Kyle Mullen’s family. No one can relate to their situation like I can,” James Lovelace told Fox News on Feb. 13, referring to the SEAL candidate who recently died. “I know what they’re going through and what they’re about to go through with the lack of information that they’re going to get from the U.S. Navy surrounding their son’s death.”

Lovelace’s son, James “Derek” Lovelace, died in 2016 during training. But the elder Lovelace has claimed that the Navy fabricated information relating to his 21-year-old son’s death and hasn’t acknowledged any wrongdoing.

“I’m kind of reliving my son’s incident six years ago all over again,” Lovelace told Fox. “It’s a sad world when this is what it takes for me to get some attention for my son: another young man dying.”

Derek Lovelace was partaking in a swimming drill when he died in May 2016 during the first week of SEAL training, an especially grueling stage in the training known as “Hell Week.” A copy of his autopsy report that was subsequently obtained by The Associated Press shows that he was wearing his gear and a dive mask while treading water when his face turned purple and his lips turned blue.

According to the AP report, citing the autopsy, video camera footage shows a SEAL instructor dunking him underwater several times. The San Diego Medical Examiner’s Office ruled his death a homicide with contributing factors related to a heart defect.

The elder Lovelace noted on Feb. 13 that the instructor was “allowed to effectively walk away scot-free, while my only son lays to rest. His lifelong dream of becoming a Navy SEAL was taken from him.”

Lovelace’s comments come after SEAL candidate Kyle Mullen was confirmed to have died on Feb. 4, also during “Hell Week.” Mullen’s family issued a statement that they “could not be more proud” of their loved one.

“Kyle dreamed of serving others and enlisted in the Navy with the hopes of joining the best of the best—the Navy SEALs. He would not settle for anything less,” they said in a statement. “Kyle was exactly where he wanted to be in life when he was with his fellow seamen/warriors/classmates at Coronado. He took on every challenge, and failure was not an option as he strived toward reaching his goal of passing Hell Week and receiving his brown shirt.”

Hell Week “consists of 5 1/2 days of cold, wet, brutally difficult operational training on fewer than four hours of sleep,” according to a Navy SEALs website.

“Hell Week tests physical endurance, mental toughness, pain and cold tolerance, teamwork, attitude, and your ability to perform work under high physical and mental stress, and sleep deprivation,” the website reads. “On average, only 25 percent of SEAL candidates make it through Hell Week, the toughest training in the U.S. Military.”

“It is a miserable time, it is well-named,” said Paul Anderson, a retired Navy SEAL chief, FOX5 reported. “It’s a gut check. You get approximately four hours of sleep the whole week. You are constantly doing physical evolutions whether it’s physical obstacles, going in and out of the surf zone with your boats, running, you are constantly wet and you are always sandy.”

The Naval Special Warfare Command earlier this month said it has launched an investigation into Mullen’s death.

U.S. Naval officials didn’t respond to a request for comment by press time.