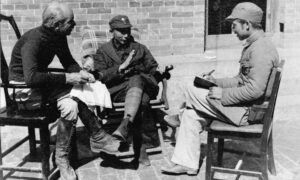 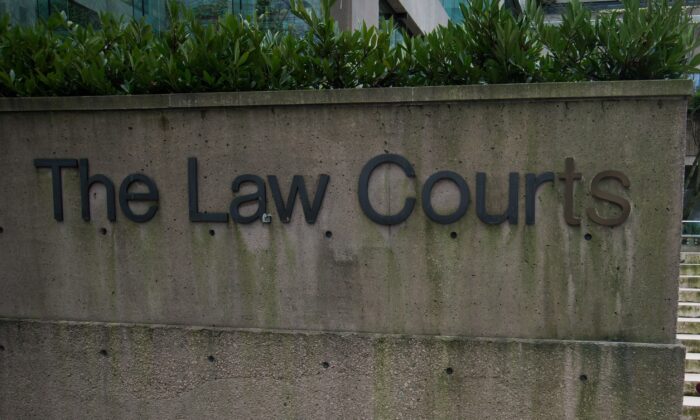 A B.C. man is heading to court for breaching a gag order in relation to the case of his child undergoing gender transition. (The Canadian pressDarryl Dyck)
Canada

Father of BC Transgender Teen Returns to Court

A British Columbia father whose teenaged child transitioned from female to male without the father’s consent is facing new charges for breaching a gag order.

Court orders dictate that the names of the father and mother, the child, and the medical professionals involved in the gender transition cannot be disclosed by media or the father himself. The father will be in court on March 16 for an alleged breach of these conditions.

According to supplemental disclosure obtained by The Epoch Times, the alleged breach relates to a GoGetFunding page made in the father’s real name.  As late as March 2, the page allegedly included embedded videos and articles that disclosed his child’s name and that of one of the doctors involved in the child’s transition, contrary to court orders.

A warrant was issued for the father’s arrest in early March. However, according to his lawyer, Carey Linde, the warrant is being held and he won’t be arrested until the court appearance on March 16.

In 2018, when the teen was 13, the father sought a court injunction to stop the teen from scheduled testosterone treatments for gender transition. After that bid failed in February of 2019, the father granted an interview to The Federalist, despite conduct orders not to talk to anyone. The father is slated to appear in court for those breaches from April 12 to 16.

The Justice Centre for Constitutional Freedoms, represented by Jay Cameron, was an intervener in the father’s case in September 2019. The B.C. Court of Appeal subsequently ruled that the father’s disagreement with his child’s transition and his communications with the media to tell his story did not amount to “family violence.” However, the judges said when interacting with his child, the father must use the male name that the child has chosen and refer to the child as a boy. In addition, he can discuss the matter with family and close friends, but not allowed to have his name published by media.

“If you are only able to spout what is now orthodox dogma with respect to gender identity, if that’s all you can say, then that is the oppression, that is the co-opting of government by ideology,” Cameron said in an interview.

“We think that the issue of parental rights and the right to educate and to bring up your child, in accordance with your best judgment, is increasingly under attack in Canada. And there are freedom of speech issues as well. …There needs to be more transparency with respect to who these doctors are and what they’re doing to people’s children.”

Linde says he has been involved in such cases for the past two years, and it’s been “an education in and of itself.”

“It’s been my doorway into the postmodern social justice woke delusions, which are sort of coming out of the universities and infecting so much of Western enlightenment principles and is now making its way into the court system.”

Linde says the actions of the father he is now representing are “in the line of classic civil disobedience” and that what follows April’s proceedings could be serious.

“He’s aware that the sentencing that he may get, if he’s found to be in contempt, could go anywhere from ‘Don’t do it again,’ to a fine or a term of imprisonment. People like to say, ‘Oh my God, that man could go to jail for five years.’ Extremely unlikely. But he knows that that’s the risk that he runs,” says Linde.