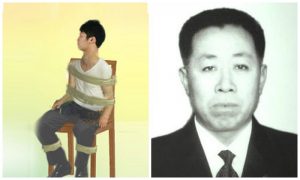 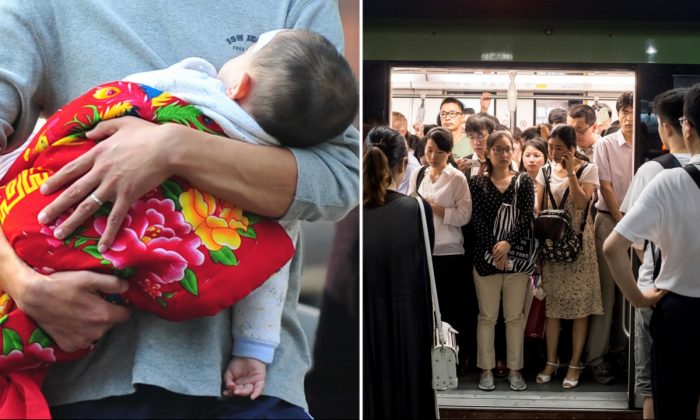 Father Makes His Back Into Bed for Daughter While Awaiting Train

A viral video showed a man leaning forward, acting as a bed for his sleeping daughter as she laid on his back while they waited for the train.

The video, shared on Chinese social media, shows an unnamed father staring down at the ground, motionless, as he and his daughter wait for the train to arrive in a busy train station in Beijing, China’s capital, on June 13.

The man who recorded and shared the video, surnamed Liu, said he was on his way home from work when he saw the pair also waiting for the train, according to a report from Chinese online news outlet Pear Videos on June 16, Father’s Day.

Liu told Pear Videos he was moved by the father’s lack of movement, and decided to record a video. Appropriately for standing so still, many online comments used the popular Chinese saying “a father’s love is like a mountain.”

The saying may be popular since, compared to Western societies, a father’s ideal role in China is much more like a mountain: Quiet, still, and ever-present.

“He was standing there the whole time bending his waist, and it seemed like he too was really tired,” Liu said to Pear Videos.

He went on to explain that the train they were all waiting for was slower than others, and usually took eight minutes for one train to arrive. “He was holding that position without moving, so I felt it was a tender moment.”

Liu also noticed that the girl’s hand was wrapped in medical gauze, and had most likely just come from a hospital, according to Pear Videos. A catch-all treatment in China for mild illnesses are intravenous drips, which the gauze may have been put on after.

The next day, one of Liu’s co-workers told him that they saw his video online, and found that it had gone viral. “Maybe it also moved a lot of other netizens,” Liu told Pear Videos.

The father appears to have given the girl a piggy back ride, and reports suggested that to make his daughter more comfortable, he leaned forward when he found she had fallen asleep, according to Pear Videos.

A variety of warmhearted responses were posted on Weibo, China’s version of Twitter, with many of them mentioning how much the scene reminded them of their own fathers.

User “Navy Commander” wrote: “When your daughter gets married, show this video and people will be crying like crazy.”

“LlaoGuest” wrote: “The first vehicle in a person’s life is their father’s shoulders.”

Others commented more loosely on the subject. User “TaeyeonRain” wrote: “My dad also carried me like this, it was just that the internet wasn’t developed! So I couldn’t make it on the news.”