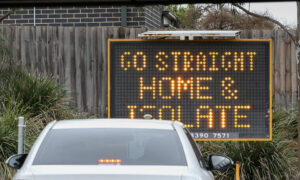 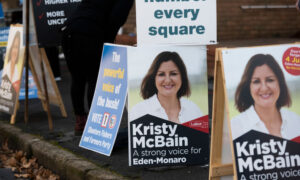 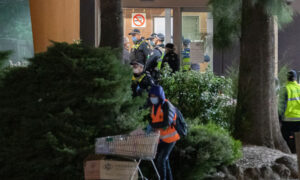 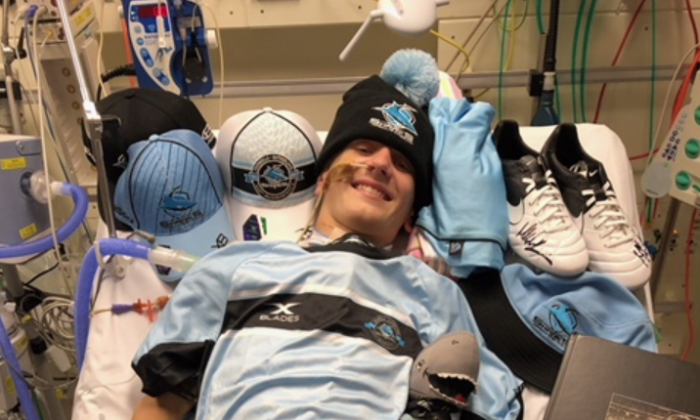 A father has made a heartfelt plea after his 12-year-old son was left quadriplegic in a backyard trampolining accident in New South Wales, Australia.

Louie Mould and his friend were playing on a trampoline in November last year when he landed awkwardly and compressed his C3, C4, and C5 vertebrae near the base of the neck, reported 9News.

“When I saw him lying there I knew it was not good,” the boy’s father, Peter Mould, told the news station.

The 12-year-old was quickly airlifted to Sydney’s Westmead Hospital and underwent a five-hour operation to fix his spine. His spinal injuries rendered Louie an incomplete quadriplegic as his spinal cord had not been damaged or severed.

During his recovery, Louie struggled to breathe by himself, and to talk and move. He could only communicate with his parents by moving his eyes. He spent the first two months after the operation in the intensive care unit, breathing through tubes that had been inserted up his nose via a hole in his throat, reported the news station.

However, despite the severity of Louie’s injuries, his father said: “He’s lucky to be alive.”

Since the accident, Louie’s condition has been improving daily and he has been undergoing a range of physiotherapy and exercises to help him move again, his father told the news network. He is able to move his big toe and has some limited movement in his upper left arm, thumb, and finger, Peter said.

The 12-year-old is also able to breathe by himself again, eat proper food and has even started talking.

Peter said on the day of the accident, Louie and his friend were doing tricks that they had done many times before. The pair were attempting a double front flip when he fell on the trampoline.

“Kids like to outdo each other,” he told 9News. “They see videos of people doing tricks… kids think they’re superhuman.”

He added that while he knows you can’t wrap children up in cotton wool, Louie’s serious injuries should serve as a warning to others of what can happen, reported the news station.

The 12-year-old was a budding athlete before his accident and participated in many types of sporting activities. “I don’t think this will stop him, but he will have to change his goals,” Peter told 9News.

“He wanted to be a football player.

The community has been supporting the Mould family and has set up a GoFundMe page to help the family fundraise for Louie’s medical expenses. As of March 7, more than $71,100 out of its $200,000 goal had been raised.

Over the last few decades, trampolining has been a popular choice of outdoor activity for many families across Australia – either in their backyards or at trampoline parks.

According to the Product Safety Australia website, there are many risks involved in trampolining that families should be aware of.

“Children and adults can suffer cuts, bruises, sprains and fractures if they fall and hit the side of the trampoline, the ground, or a nearby object [and receive] pinches to their skin and other injuries if they get their heads or limbs entangled in the trampoline springs,” the website said.

“Infants can suffer serious injuries from falls, pinching and crushing if they use trampolines or are near a trampoline others are using.”

The awareness website has provided a list of safety tips for families to reduce the risk of injury, including:

– Regularly check that the trampoline is in good condition, making sure the mat does not have holes, the springs are intact and are securely attached at both ends, the frame is not bent, and leg braces are securely locked.

– Ensure that the area around the trampoline is free from hazards like walls, play equipment or garden furniture and that there is a minimum overhead clearance of 8m from ground level to avoid objects like clothes lines, trees and wires.

– If your trampoline has a safety net, ensure that you regularly check its condition as they are prone to deterioration due to exposure to sunlight. Do not allow children to bounce toward or off the safety net.