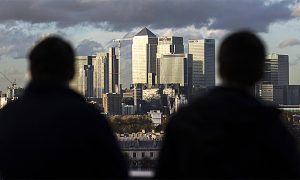 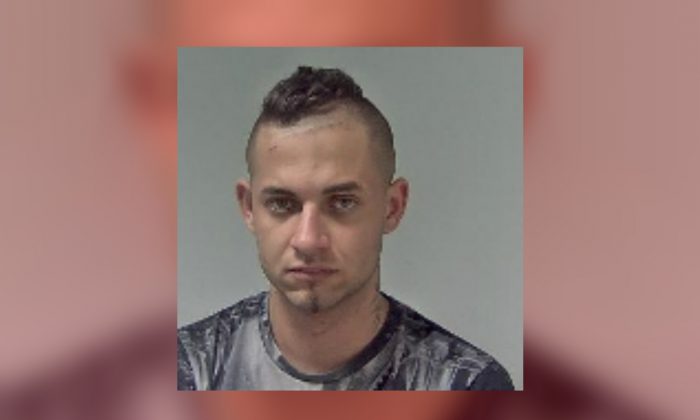 Adam Cech, one of five named co-conspirators found guilty of throwing acid over a 3-year-old boy. The boy's father was also involved but has not been named. (West Mercia Police)
UK

A father has been found guilty of organising an acid attack on his 3-year-old son in a busy British supermarket, according to local reports.

The 40-year-old man cannot be named in order to protect the identity of the boy, according to the London Evening Standard.

He was convicted on March 6, along with five other men who were found guilty of assisting in the sulphuric acid attack on the boy, who suffered serious burns to his face and arms.

The father staged the attack last July during a custody dispute with his estranged wife, in a bid to manufacture injuries as proof that she was an unsuitable mother.

However, investigators tracked down the perpetrators with the help of CCTV footage and linked the crime back to him.

CCTV footage in the supermarket shows the boy looking at toy footballs with his brother as one of the men casually walks past, and squirts something at him.

The boy’s father, originally from Afghanistan but living in the West Midlands, organised the attack after his wife left him in 2016, taking their children with her.

During the trial, the prosecutor said that he was seeking greater access to the children but his wife opposed the application, according to the BBC.

After the attack, the boy screamed, “I hurt” over and over again, jurors were told, reported the BBC.

He has since made a “good recovery,” the court heard.

The seven defendants in the case—which include one woman whose guilt is still being considered—all pleaded not guilty.

Surveillance footage shows that liquid was squirted by Adam Cech—one of the five co-conspirators found guilty.

He admitted to the court that he splashed the boy but said another defendant threatened him with a BB gun and made him target the child. He claimed he did not know the bottle he was given contained a chemical or acid.

The court was shown a video of the Home Bargains store in the town of Worcester, in which the 5 men can be seen moving around the store, as the boy stands with his brother looking at footballs.

As the boy walks by, without breaking step, Chech reaches out his hand and squirts a liquid toward the boy’s face.

Acid attacks have become more common in recent years in the UK, in what appears to be a fairly unique trend in developed countries.

Experts said the increasing number of attacks appears to be due to East London gangs swapping knives for acid, taking advantage of legal loopholes to build up fearsome reputations.

Acid attacks have long been common in Southeast Asia, South Asia, and the Middle East and are on the rise in some developing nations.

Three-quarters of the acid attacks known to UK police are never prosecuted because many victims are too frightened to give evidence, Simon Harding, senior lecturer in criminology at Middlesex University previously told The Epoch Times.

Harding said that it’s very hard to tell from the numbers the real level of attacks or the precise reasons, but said it appears to have become “voguish” in the gang culture.

“If you look around the world, it’s usually men attacking women. In India and Bangladesh, it’s normally ‘honor’ based,” whereby women are attacked typically for doing something that men or their families believe has disgraced them.

In the UK, however, it is men attacking men.