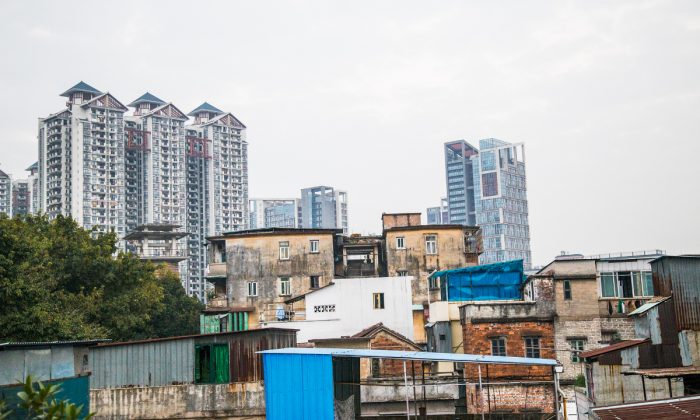 A father was caught on camera whipping his naked son in the public area of his housing community, according to the Guangdong Public Channel.

A big crowd gathered around the father and son at the housing complex in the Chinese city of Zhuhai in Guangdong Province on July 19.

Despite footage of the beating, no criminal action was taken against the unnamed father. None of the onlookers directly intervened.

“There were bruises all over his legs and feet, his hands were too,” one female witness told the Guangdong Public Channel. “The child was trembling in fear non-stop, he was so afraid his dad would hit him again.”

No explanation was given as to why the police were not contacted, or why they did not act after evidence was reported online on July 20.

Onlookers were appalled as they watched the father whip his naked son with a phone charging cable at their housing complex.

“[The boy was] completely naked, I feel like he (father) intentionally dragged the boy outside to beat him,” a female witness who lives in the community told the Guangdong Public Channel. “I have no idea what kind of mindset he had.”

“Why would he drag [the kid] down in front of everyone and let them all see the beating?” she said.

The witness described the boy as roughly 10-years-old, and the father was shirtless. She said he had been pulled out of his house by his father. “Then I heard some screams, and he was getting hit by his dad,” she told the Guangdong Public Channel.

Other witnesses commented that more and more people began gathering around the father and son, according to the Guangdong Public Channel. “Lots of the property owners were trying to get the child to put clothes on,” a security guard from the housing community said.

The beating only concluded when so many people had gathered around, and the father took the boy back up to their house.

One of the witnesses argued that the father should have spoken to the child instead of given him this sort of treatment. “After all, the boy is that old, he definitely has his own ways of thinking,” the witness told the Guangdong Public Channel. “If he did something wrong, you can use your words to educate him, make him fix that mistake.”

She went on to comment that the boy will have emotional issues from the abuse. “The boy is already that old, he’ll have have a sense of honor and shame. When you do that to a child, the psychological influence is going to be too strong,” the witness told the Guangdong Public Channel.

There are no reports of a police investigation of the incident, even after the story was released online on July 20.