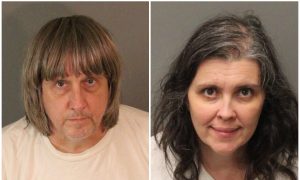 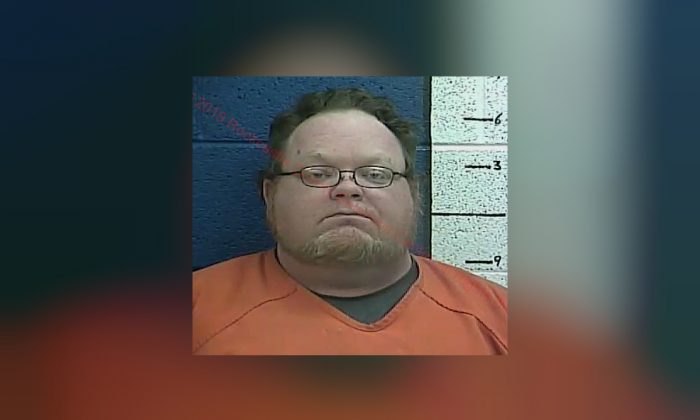 A Kentucky father has been arrested for forcing his children to do push-ups for half an hour straight, according to a local report, leaving one of them with rug burns.

James Kidwell is currently listed as detained at Rockcastle County detention center, charged with first-degree criminal abuse of a child under 12.

According to a police report cited by WKYT, Kidwell subjected two children to various abusive acts between Jan. 24 and 28, as a form of punishment.

He is accused of forcing his 11-year-old and 13-year-old children to do push-ups for 30 minutes straight.

One of the children got rug burns from doing the push-ups, according to WKYT.

One of the children had a bruise on his chest where he had allegedly been punched by Kidwell, and one had a sore in his mouth from being forced to eat soap.

Another punishment was standing two steps away from a wall and leaning into it with their foreheads, according to the police report.

According to the Rockcastle County jail records, Kidwell is 40 years old, weighs 320 pounds and stands 5 feet 6 inches tall. His bond was set at $10,000.

Kidwell’s arrest prompted intense discussion on social media, with most people critical of his actions.

“A few push ups as punishment is one thing,” wrote one person on Facebook. “I love my children dearly but require 10 jumping Jacks sometimes as punishment. But…. the rug burn, bruises from being punched in the chest, and sores from soap being in their mouths… disgusting!”

Another wrote: “I don’t agree with him punching the child, but come on people!! Making the kids workout as punishment isn’t that bad. He could be beating them or starving them or leaving them out in the cold. It’s discipline.”

Police say the push-ups were just one of many punishments. Officers say one child had a bruise on his chest from where the suspect punched him.

Last year a Kentucky woman, already on probation, was jailed for 20 years after forcing her 14-year-old daughter to drink alcohol.

Miranda Polston caught her daughter drinking alcohol on Mar. 10, 2018, reported WKYT, and decided punish her by forcing her to drink alcohol to the point of “extreme intoxication to get her sick.”

The incident was captured on video, which shows the teen being held in a chair so she wouldn’t fall over, while she was offered more alcohol.

Investigators say the teen daughter fell face first onto the floor in a video of the incident. The mother was on probation at the time of the arrest.

Polston pleaded not guilty. When she was found guilty, her probation was revoked and she was given a 20-year sentence.

Child Abuse in the United States

According to a report published by the U.S. Department of Health & Human Services (pdf), approximately 3.5 million children nationwide in 2016 were the subjects of at least one maltreatment reports to authorities.