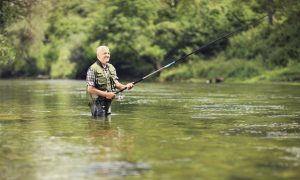 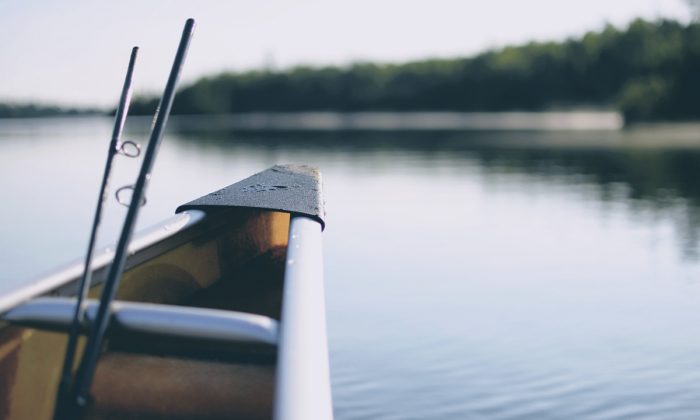 Father and Sons Catch Over 2,000 Pounds of Fish

What started as a friendly competition between brothers, turned into an unprecedented fishing expedition for a family from Atlanta.

A father and his sons set out on a recreational fishing venture near West Palm Beach, Fla. The adventure would later yield—as the father described it—“multiple catches of a lifetime.”

The adventure began months ago, in April, when Robert Poirier took his two sons out on a fishing trip. The eldest son, Max, caught a 9-foot, hammerhead shark that weighed in at 250 pounds.

The younger son then decided that he too needed to net himself a massive catch as well reported Fox News.

Months later in July, the trio set out on another venture where the younger son wish came true. He caught an even larger hammerhead.

With the jovial competition now in full swing, the family embarked upon a subsequent trip with Slob City Charters out of Riviera Beach, Fla.

While fishing off the coast of West Palm Beach, using 10 to 15-pound bonita fish as bait, they soon found themselves surrounded by goliath grouper fish and sharks.

“We had 20 to 30 goliath groupers under the boat and 10 to 15 sharks circling the boat,” Robert told reporters. “To have that many around the boat. It was unusual.”

Using various techniques, the trio brought in over 2,200 pounds of fish. Youngest son Brendan snagged two goliaths weighing in a 300, and 375 pounds. Max wasn’t far behind with 250, and 300 pound catches.

Robert took the lead however landing a 350, and a 400 pound grouper. “It was the catch of a lifetime, and we had several in one day,” he said.

All of the fish caught were later released.

“It was a pretty crazy day and one full of memories,” Robert added.

As far as competition goes, the two brothers consider themselves even.

“They keep asking when we’re going to go again,” he laughed. “We’ll be back. Can we top this? We’ll try.”

In a similar tale that happened in 2013, a British angler caught a jumbo 8-foot albino catfish that weighed 194 pounds (88 kg).

Chris Grimmer, in his 40s, caught a giant albino catfish during his fishing trip in Spain. He broke the local record in 2011 for the hefty catch.

It was the biggest albino catfish caught on the River Ebro, near Barcelona, Spain, which was 2 pounds (approx. 1 kg) heavier than the record held by a blind woman, Shelia Penfold, in the previous year.

Chris Grimmer, from Sheffield, England, snared the giant fish when he and three of his friends were on a week’s fishing trip on the River Ebro, according to a MailOnline report.

After the catfish took his bait, Chris was exhausted after 30 minutes effort trying to reel it in. The big fish’s power was so much that it made Chris’s rod bend over double.

“It took me ages to bring it in, it was like trying to reel in a bus,” said Chris. “One of my mates went into the water to help lift it out.”

The albino catfish was set free back to the water, well and safe, after it was weighed. “I was proper tired afterwards, and could hardly walk, but it was worth it,” Chris said.