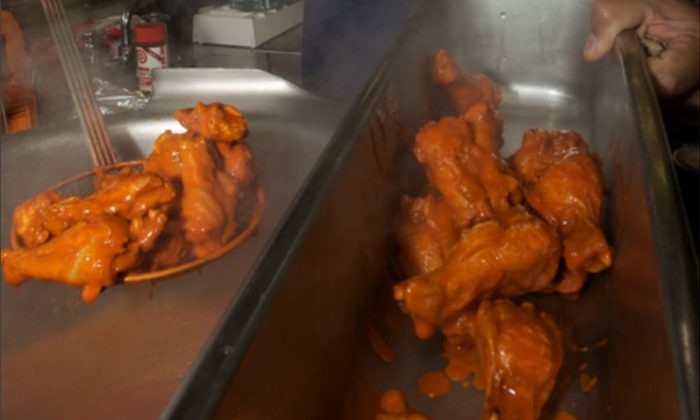 Father and Son Stole $41K Worth of Wings From Employer, Police Say

SYRACUSE, N.Y.  — Authorities say a father and son stole more than $40,000 worth of chicken wings from a New York restaurant where they worked and sold them on the street or to other businesses.

The Onondaga County Sheriff’s Office says 56-year-old Paul Rojek and 33-year-old Joshua Rojek, both of Syracuse, were caught stealing wings from the Twin Trees Too Restaurant in Syracuse.

Deputies say both men were employed as cooks when they placed numerous chicken wing orders with the restaurant’s wholesaler. Officials say the Rojeks would later pick up the orders and resell them at a reduced price.

Deputies say the men billed about $41,000 worth of wing orders to the restaurant’s account between last February and Nov. 21.

Both have been charged with grand larceny and falsifying business records. It couldn’t be determined if they have lawyers.