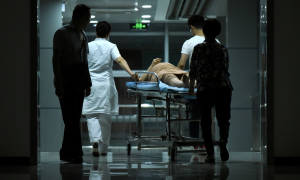 Woman Has 17 Abortions in 6 Years, May Never Be Able to Have Children
0
Share Now
TelegramFacebookTweetEmailTellMeWeReddit
Copy Link 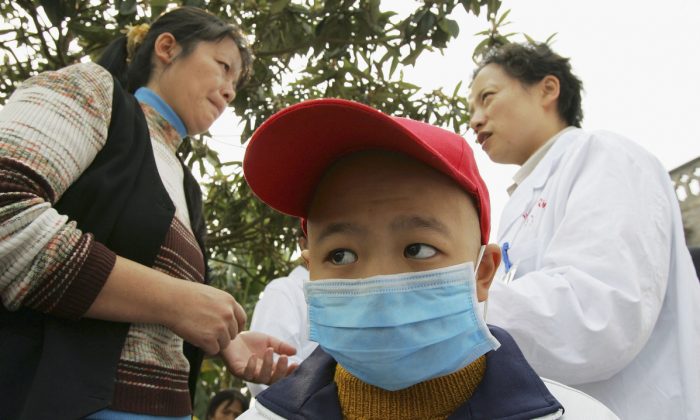 A Chinese man left his wife and son after two years of paying for the boy’s leukemia treatment. He now has a girlfriend who is pregnant and said he will no longer give financial support to his wife, the Beijing Youth Daily reported on March 17.

The boy, who was unidentified in the report, is in a hospital in Beijing and has been suffering from leukemia for two years. According to the report, the boy’s condition relapsed and he needs a new round of treatment.

The boy’s mother, named Liu, along with his paternal grandmother, have stayed by his side in the hospital. The boy’s father, named Gao, has given up on the family for financial reasons, and went out to start a new family.

Liu told the Beijing Youth Daily that their family will be unable to pay the fees for the necessary bone marrow transplant. The costs are expected to exceed $100,000. So far, Liu has only been able to raise about $1,000.

“It’s really difficult, but my mother-in-law and I have no intention of giving up on our boy,” Liu told the Beijing Youth Daily. “We’re going to do everything we can to get him the treatment.”

In September 2016, Liu’s son was diagnosed with B-cell acute lymphoblastic leukemia. After two years of chemotherapy and marrow transplants, the boy’s health began to improve and he was able to attend kindergarten for some time.

However, the leukemia recently relapsed, and the boy will have to go through a whole new round of treatment.

Liu said that her son’s medical fees have added up to almost $130,000, and there is no more money for them to borrow, according to the report.

“We’d each make about over $1,000 a month,” Liu told the Youth News. “But after covering the expenses of our parents and our son, we didn’t have much left. Now we have to look after our son, and we have no way to work.”

“The doctor said that I have two genes that can easily lead to leukemia,” Liu said in a video posted by Headline News. “[The father] feels that I gave my son this disease … My husband said: ‘It’s because of you … If it wasn’t for you, my son wouldn’t have this disease.'”

“I only hope that he’ll quickly come back and help me save my son,” Liu said in tears in the video. “Don’t abandon me and my son.”

When Liu called Gao and asked if he would come back and take care of their son, Gao said he didn’t want anything to do with the family anymore, according to the report. “It’s not happening,” Gao told his wife. “There’s nothing else I can do. Don’t call me again.”

According to Beijing Youth News, Gao told his wife that they should give up on their son’s medical treatment. Despite disapproval from his mother, Gao decided to start a new family and plans to divorce Liu.

“Now my girlfriend is pregnant, and we have to spend money with what we’re doing here,” Gao told the Youth News. “Don’t tell [my son] that his father is working, just tell him that his father’s dead.”

“I really don’t have any money to give them,” Gao told Beijing Youth News. “It’s a bottomless pit.”

Gao’s own mother said in the video, in between sobs, that her son was disloyal.

“My son never paid too much attention to his child’s illness,” Gao’s mother told Beijing Youth News. “I’m not contacting him anymore after he leaves the family this time.”