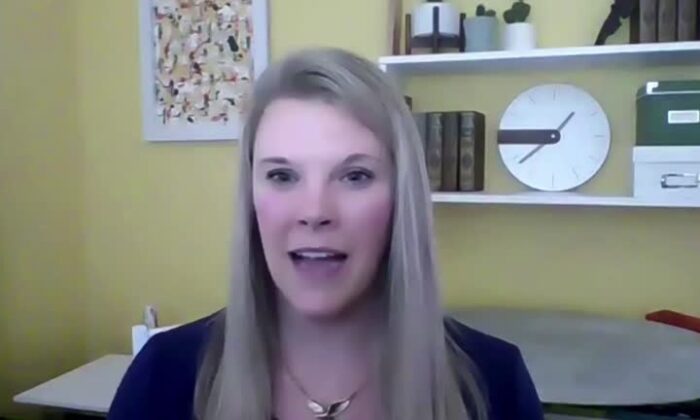 A citizen group filed a complaint with the Wisconsin Elections Commission (WEC) on Sept. 8, alleging that the commission broke federal law by contracting an out-of-state vendor to maintain the state’s voter rolls.

In its complaint (pdf), the Wisconsin Voter Alliance is challenging the legality of a state law which permits the elections commission to contract with third parties to maintain the state’s centralized voter roll. The complaint seeks a declaration from the WEC finding that the state statute violates the 2002 federal Help America Vote Act.

The complaint also asks the commission to declare that database sharing with third parties and the parties’ uses of the database are legally unauthorized under federal law.

Such a declaration by WEC would force the end of the years-long contractual relationship between the commission and the Electronic Registration Information Center (ERIC).

According to its website, ERIC is a “public charity nonprofit membership organization comprised of 33 states and the District of Columbia.”

The organization’s mission is “to assist states in improving the accuracy of America’s voter rolls and increase access to voter registration for all eligible citizens.”

Under the terms of their contract with ERIC, member states are required to send voter registration information to potentially eligible residents who aren’t registered to vote every two years.

ERIC identifies the individuals by comparing voter data with motor vehicle licensing information, which the member states, by contract, must provide to it.

The complainants argue that federal law requires that only the elections commission and its officials are authorized to maintain and implement the statewide voter registration system database.

They claim that the Help America Vote Act requires the elections commission to maintain its database without outside assistance from a third party and that the task can’t be delegated to any other entity.

The complaint asserts that under the federal statute, the election officials of each state are mandated to create and maintain a centralized, interactive, and computerized statewide voter registration list. The law states that the voter list is to be “defined, maintained, and administered at the State level … [and] shall be coordinated with other agency databases within the State.”

The federal law also states that “the appropriate State or local election official shall perform list maintenance with respect to the computerized list on a regular basis.”

The statute requires states to “remove the names of ineligible voters from the computerized list in accordance with State law.”

“The language of the law is plain. It is the responsibility of state elections officials to clean up their own voter rolls,” Erick Kaardal, an attorney representing the alliance, told The Epoch Times.

The complaint cites the U.S. Code to show that any election official in the state, including local election officials, “may obtain immediate electronic access to the information contained in the computerized list.”

“The same federal law clearly mandates that the computerized list ‘shall be coordinated with other agency databases within the State,'” Kaardal said. “The operative phrase is ‘within the State.’”

ERIC is headquartered in Washington. The Epoch Times contacted ERIC for comment.

WEC officials didn’t respond to a request for comment by press time.

Meagan Wolfe, the commission’s administrator, is the most recent past president of ERIC, according to its website.

“The cleverness of ERIC’s founder, David Becker, has created a mirage in the minds of state election officials around the country that they cannot handle the complex job of cleaning up the voter rolls themselves,” Kaardal told The Epoch Times on Sept. 13. “So, they go to their legislatures and convince them to provide the small appropriation needed to contract with ERIC.”

He said the mirage is easily dispelled by the fact that several citizens groups around the nation have demonstrated that, with computer savvy and some painstaking footwork, they can identify irregularities and errors on the rolls, which is the prerequisite to cleaning them up.

“These citizens are populists who have resolved to work for reform and improvements outside the government bureaucracy. They know things are wrong there and are demanding action now from their elected representatives,” Kaardal said.

Kaardal told The Epoch Times on Sept. 12 that it might seem a bit unusual for WEC to sit in judgment on a complaint about itself, but that’s the way the system works under federal and Wisconsin law.

“The alliance is required to take its complaint to the highest election administration authority in the state. In Wisconsin, that is WEC,” he said. “We are glad to give the members of WEC an opportunity to do the right thing and are hopeful they will.”