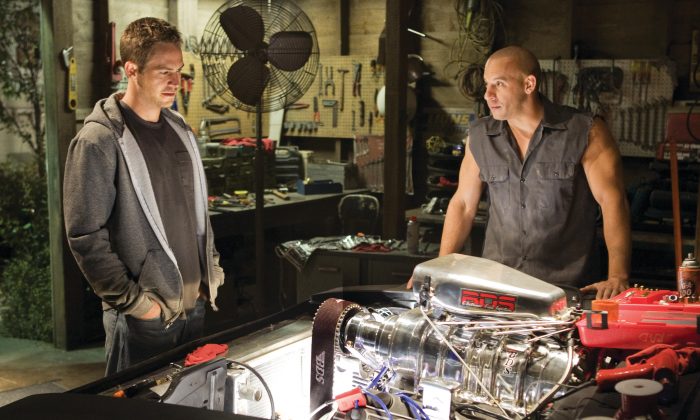 A professional stuntman is recovering from severe injuries after filming for a popular action movie took a turn for the worst on July 22.

Universal Pictures has been forced to postpone production of its latest Fast & Furious 9 movie sequel. That’s after Lead Actor Vin Diesel’s Stunt Double, Joe Watts, severely hurt himself while performing a stunt on the film set at Warner Bros. Studios based in Leavesden, 35 miles northwest of London.

Production has officially been delayed while Watts recovers from severe injuries he suffered from what the Associated Press (AP) described as an accident. Hertfordshire Police told AP the victim suffered “serious injuries.”

Production of ` Fast & Furious 9’ in England is halted after a stuntman for the action movie is severely injuredhttps://t.co/kk1yDMeZ2O

Watts, who teaches tumbling at The Creative Academy in Slough, was airlifted to hospital where he continued to stay on July 23.

The academy told AP its staff members were “saddened” to hear about Watts’ accident.

Fast & Furious 9 also stars Michelle Rodriguez and is promised to be released sometime in the year 2020.

Several fans and fellow stunt people extended their wishes for Watts to have a speedy recovery on social media.

“Whether or not you believe in the man upstairs, please take a moment to send good vibes/prayers/universe manifestations to our downed stunt brother Joe Watts who was injured on the set of Fast and Furious 9,” Motion Picture Driving Clinic Instructor Ross Scharphorn said on Facebook. “Stay strong and get through this man.”

Lionsgate Employee Bulmaro Tapia shared a Daily Mail report on Facebook that Watts’ girlfriend felt as if her “heart is shattered” but was fully aware there were risks associated with working as a stunt double.

He commented the same report suggests Watts suffered a 30-foot fall that led to his hospitalization.

“Every year, there are petitions and movements to get the academy to add a stunt performer category to the Oscars and every year, they are ignored,” Contributor Huntress said on Facebook.

“Imagine if the actors had to do their own work, imagine dangerous action sequences never existing because there are no stunt performers … movies would be pretty damn boring, wouldn’t they?”

Huntress believes if the stunt performing industry did not exist, the film industry would have to return to theater-style entertainment.

“Shut down the big screen and go back to Broadway,” Huntress said. “My sincerest best wishes go out to Joe Watts and his family, and I will continue to encourage support of these brave and skilled men and women, who risk life and limb every day to bring the rest of us the entertainment we take for granted.”