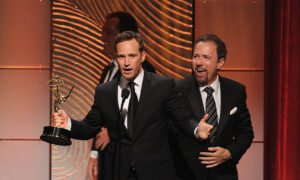 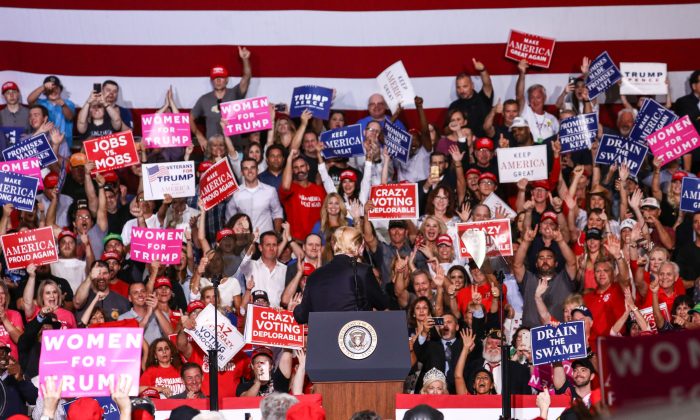 Twenty-five years ago, I heard for the first time of a fact that in the last few years has become a central feature in American life.

A few months before, I had left academia to work as a low-level political appointment at the National Endowment for the Arts in the Bush administration. I hadn’t been away from academia for any of my adult life, never working anywhere off-campus except for short-term, part-time jobs during graduate school to grab enough money to cover the rent. Now, I was in DC, a whole other atmosphere, where being a scholar or an intellectual or researcher had a different meaning. In academia, in my area of the humanities, what mattered was how smart you are, how up-to-date on the latest theories, plus a wary respect for political correctness. Show that you are au courant and bien pensant, and do so with a little verve and precision. That made you a hit at a conference or in a job interview.

In DC, however, those things didn’t matter so much. Be smart, yes, and informed and current, but focus more on your work product, not on yourself. People inside the Beltway wanted to know if you had actionable intelligence, not IQ intelligence. Do you have ideas, research, evidence, or strategies that they can use? That was the question. Can what you have come up with help get a law passed, a policy implemented, a regulation validated. Therein lay the basis of their judgment. They weren’t interested in watching you think out loud. They had practical demands, and their own audiences were not made up of other academics. They wanted to appeal to donors to congenial institutions, readers of their magazines, staffers on Capitol Hill, journalists in specialized areas, lobbyists, and anyone else involved in the formation and popularization of policy.

I met several of these people in the first few months in town, some of them at think tanks, others writing for and editing major magazines, as well as other political appointments in the cultural agencies in W’s administrations. They had a different approach to things and to peers. There was less vanity, less preening. They didn’t monitor one another, no “Hey, so-and-so just got an offer from Princeton—what are those people thinking?” Gossip was a waste of time, and they didn’t bother with envy. Too much was happening every week from one end of Pennsylvania Avenue to the other for small stuff to become big.

It was refreshing to hear, though I don’t want to idealize discourse in DC circa 2003 overmuch. There was always the danger of a free thinker producing something that helped the other side, or offended a powerful congressman or the administration, or rubbed a think tank sponsor the wrong way. That narrowed the range of what they could argue and study. Because they aimed to produce actionable intelligence, they had to consider what actions their intelligence would license. In that sense, their work was thoroughly political. But it was a political constraint I took as more honest and lenient than the political correctness of academia. Added to that, the ones I met had a directness and honesty, along with a form of plain speaking, that were conspicuously absent in academic settings. They said things that opened my eyes.

This brings me to the opening point. One day over dinner with two of them, the issue of the gigantic land mass between the East Coast and West Coast came up. I may have mentioned that when I finished graduate school a dozen years before and went on the job market, I prayed that I would get an offer from a school in a nice cosmopolitan center, though I would have taken any tenure-track offer that came my way. One of my new friends, Peter, replied that he’d been traveling across America for various meetings in recent months and had taken the chance to talk with average Americans about the state of things.

“One thing I can say, Mark, is that these people recognize quite well what the people on the coasts think of them. They feel it acutely: the contempt, the condescension.” That was the statement, and I recall it clearly two decades later. By “people,” he meant Hollywood celebrities, Ivy League academics, New Yorker writers and New York Times columnists, TV journalists, contemporary artists and architects …  The ones he talked to in the midwest and elsewhere were small business owners, professionals in small towns, and ordinary concerned citizens. Nothing profound here, just an observation about a state of affairs.

We moved on to other subjects, but the point stayed with me. I accepted what he said as entirely true, and I instantly got the moral of it: How obtuse is it for coastal sophisticates to hold the middle-class masses in contempt, yet not realize how solidly those masses recognized it? I’d heard academics trash the stupid folks in Utah who kept sending Orrin Hatch back to the Senate—I’d done the same thing myself, joined in with fervor—and never considered for a second how those folks would respond to the ridicule. They couldn’t respond, I assumed, they couldn’t get it, they’re too stupid. I remember watching the 1984 election with a bunch of fellow grad students, all of us a chorus of dismay as the results poured in, frustrated that so many Americans should be such idiots to vote for another idiot, cowboy Reagan. We fumed and commiserated. It made us feel better. We lost, yes, but at least we were smarter than them, by a long sight, and more thoughtful and caring, too. It never occurred to me that the hoi polloi would ever know what I thought of them. Their very ignorance of what the intellectuals thought was merely further proof of how stupid they were.

Peter’s remark popped that assumption, but not in the way you might think. You see, intellectual contempt for the rest of America is obvious, but it isn’t openly admitted by the intellectuals themselves.  It doesn’t go with their self-image as liberal and broad-minded and tolerant. Contempt is a nasty emotion. Superior people are supposed to feel pity and sympathy for their inferiors, not loathing and distaste. That’s why Hillary Clinton’s “deplorables” remarks was such a mistake. Liberal elites certainly believe every word she said, everyone knows that, but they’re not supposed to say it, at least not in mixed company. Of course, it’s true, intellectuals tell themselves, but we needn’t voice it in the public square.  We don’t want to hurt them by informing them of their deficiencies so directly. The contempt isn’t so bad if the objects of it don’t know that they are actually the objects of it. If the average American goes about his unenlightened business incognizant of how he appears to his betters, you can’t say that his betters are doing him wrong. He’s not a victim. Keeping the scorn subtle lets the liberal sophisticate experience two contrary emotions at once, contempt and innocence—nice!

But that combination is no longer possible. Peter’s remark convinced me of that, and the response to supporters of Donald Trump in 2016 and after convinced everybody else. When the benighted middle- and working-classes had no champion—the Bushes, McCain, and Romney didn’t come close—the liberal elite could keep their disdain muted. The populist threat wasn’t a worry. But when Trump won, the alarm went out, the mute came off, and contempt gushed out, spiced by fear and trembling. It’s all in the open now, loud and clear. Trump is gone, but the contempt can’t go away. It was too strong to dissipate. It has, however, found a new justification, the vax. What else should we feel but contempt for and fear of the “deniers”—they’re putting our lives at risk!

This is where we are now, and I don’t think the elites regret it. One can almost see the relief on the faces of the scolds at having the filter removed. They like the disdain—as I said, it makes them feel better. Indeed, I am not sure I can impart how important this peculiar contempt is to the liberal mindset. That mindset is in a fragile condition—liberal assumptions about sex, race, family, education, and popular culture aren’t faring so well. Liberal institutions from the universities to the mainline Protestant churches to the film industry are collapsing. Look at what has happened to those Protestant churches as they have drifted left: the pews have emptied. As the academic humanities have gone big on identity and victimology, undergraduates have abandoned them. And when was the last time Hollywood produced something close to “Vertigo,” “Dr. Stangelove,” or “The Godfather”? Most telling of all is the way in which liberals have failed to stand up against the militantly illiberal Woke crowd. They no longer have the strength, the confidence, to stare down the left, as they did in former times.

And so their contempt for the populist masses is all the more necessary. It is essential to their image of themselves as soldiers of progress and enlightenment. The more they bend the knee to hard identity politicians, the more they must compensate by deploring the deplorables. They want their contempt to signify their enduring superiority, but in truth it is a sign of insecurity, and as with most expressions that issue from insecurity, it doesn’t do what they want it to do, that is, end the insecurity.

No, this won’t end well for the sophisticates. However superior they believe themselves to be, and however accurate that belief (they do, indeed, have above-average word and number skills), they can’t prosper without the support of Americans with average and below-average skills. Hollywood and the NFL need audiences. Colleges need applicants. That’s the tragedy for the upperrungs. Elites are in the awkward position of despising the riff-raff upon whom they depend for their perks. This is why the lower orders’ awareness of elite contempt changes the whole game. It’s a class struggle that can’t be framed in the old left versus right way. It’s not even primarily about competition for resources, though that is going on as well. It is, rather, a contest over moral status, a pairing of judgments: “We despise you” versus “We know you despise us.” The first one has been around for a long time. The second one is fairly fresh, and it’s spreading and evolving. In fact, we may call it a budding revolutionary consciousness.