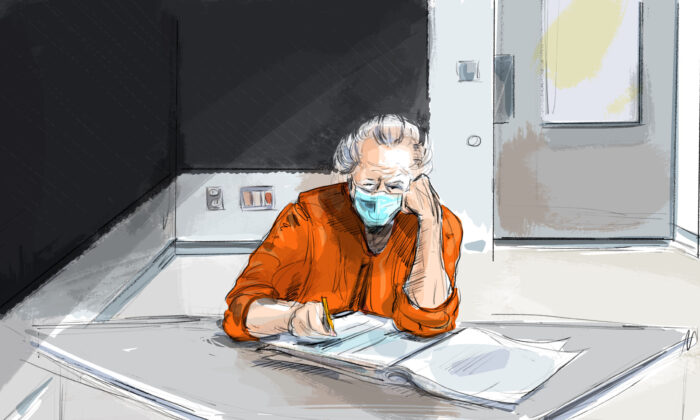 Canadian fashion mogul Peter Nygard is shown in this courtroom sketch in Toronto on Jan. 19, 2022. (The Canadian Press/Alexandra Newbould)
Canada

Canadian fashion mogul Peter Nygard is waiving his right to a bail hearing in Quebec where he faces two sex-related charges.

Defence lawyer Laurence Juillet told the Quebec court that the accused chose to wave his right to a bail hearing because he is currently detained in a Toronto jail and is subject to a detention order in Manitoba.

Nygard, who participated in the short court hearing by phone, faces a charge of sexual assault and a charge of forcible confinement in Quebec.

Prosecutor Jérôme Laflamme says the Crown will be ready to set a trial date at Nygard’s next Montreal court appearance scheduled for Sept. 8.

Nygard is facing six counts of sexual assault and three counts of forcible confinement in Toronto in connection with alleged incidents dating back to the late 1980s and mid-2000s.

Authorities in the United States have asked for him to be extradited to face charges of sex trafficking and racketeering in that country.