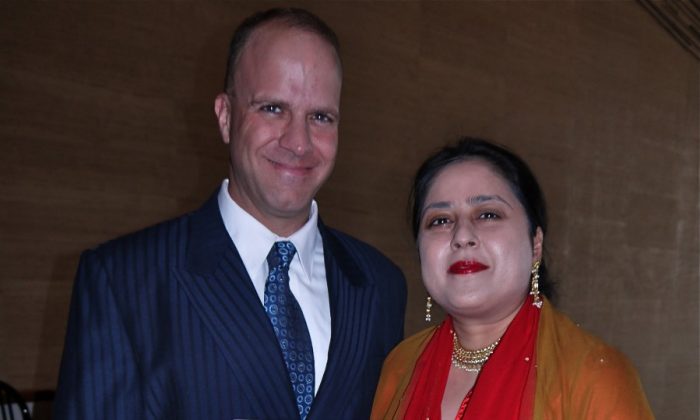 HOUSTON—”Oh, my goodness, I’m floored,” said fashion designer Jhanzi Jariwala of the Shen Yun Performing Arts costumes at the matinee on Dec. 29 at the Jones Hall for Performing Arts in Houston.

“The costumes are intricate, they’re elaborate, they’re detailed. And they are so incredibly colorful,” Ms. Jariwala said.

The New York-based company’s dancers wear divinely-inspired costumes, accurate to Chinese dress. The diversity of the clothing varies from character to character portrayed, from the brilliant robes of emperors, star-speckled skirts of the phoenix fairies, to the simple clothing of the Shaolin monks.

“I loved the movement of the fabric as the dancing is being performed, and it is very exciting and thrilling for me to see the fabric come to life on stage,” Ms. Jariwala said.

“Behind every powerful performance there is a story behind it,” Ms. Jariwala said.

The 5,000 years of Chinese civilization provide an array of stories to be told through music and dance. Traditional Chinese values put an emphasis on respect for heaven, and principles like benevolence and justice, which were present throughout the show.

Along with classical Chinese dance and ethnic and folk dances performed with the accompaniment of a live orchestra, solo vocalists also perform original pieces in Chinese, sung in the bel canto style. “I just love them,” Ms. Jariwala said of the solo vocalists.

“And I love the way that the words are on the screen so that we can understand and I needed those messages today, that were sung.

“Words cannot describe,” Ms. Jariwala said of the show. “I am so honored to be able to be here today and see the performance. I had missed it last year, and so I’m very thankful and I feel very blessed to be in the presence of such great performers.”

Reporting by Yunxia and Catherine Yang.