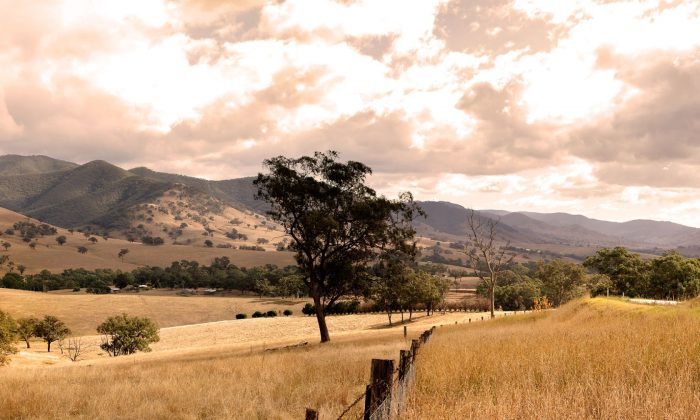 An Australian cattle farmer who snapped his neck while working on his property survived by carrying his head by the hair to get help.

Jim, 73, told 3AW he was checking his property in West Gippsland for hatching grasshoppers on Dec. 8 when the accident occurred.

He was riding his motorbike with his head down in the grass when the bike hit a small ditch, sending him flying over the handlebars.

Jim remembers landing directly on his head, “I cracked my head on the ground but I don’t think I was knocked out,” he told 3AW.

“I got to my feet, I knew there was something seriously wrong.

“My head wouldn’t stay up. The pain, it hurt so much, so I just held it up by my hair.”

While holding up his head, Jim was able to jump back on his bike and ride 500 meters (0.3 miles) to his house where he called for an ambulance, reported 3AW.

In the hospital, doctors found that Jim had fractured the C1 and C2 vertebrae—the top two vertebrae closest to the skull. Injuries to the C1, C2 vertebrae are considered among the most severe spinal injuries.

Jim told 3AW that he is now wearing a “halo” with four bolts in his skull to hold it up.

Even though he is “not even halfway through” his recovery and will have to attend a rehabilitation session once every two weeks, Jim is glad to be able to continue his slow, but fortunate, road to recovery back in the comfort of his own home.

“I’m a lucky fella, that’s for sure,” Jim said. “They think I’ll make a full recovery.”

A friend of his had earlier told 3AW’s “The Rumour File” of Jim’s remarkable survival story.