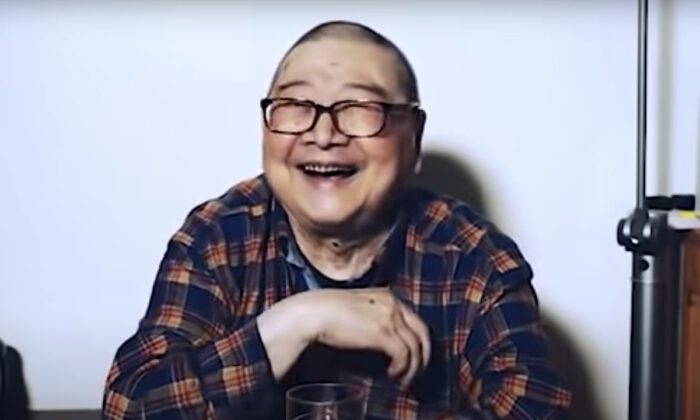 Ni Kuang also went by one of his many pen names, Mr. Wesley, a Hong Kong legendary writer who had a deep-rooted history with the Chinese Communist Party (CCP) since his early childhood.

“Of course I freaking love China. If I don’t love it, why would I rebel against the CCP?” Ni said in an interview. Hong Kong has been mourning since Ni Kuang died of skin cancer on July 3, 2022.

Chip Tsao, a Hong Kong columnist, and writer reminisced about his late dear friend. Tsao said, “Ni was a loner; if you ask him a question, he will always give you an honest answer. He doesn’t care how you label or feel about him. He might give you a smirk, and then just move on.”

The Love and Hate of China

Ni once wrote: “If you love your Country, (China), you must rebel against the CCP. That is the only way to prove you are a patriot.” Ni implied that people rebel because they care and want their country to improve.

Chip Tsao said he would never forget how much Ni hated CCP—most likely due to Ni’s traumatic and haunting experiences while living in China.

Ni Kuang often said he had seen and experienced plenty of the CCP’s evil, mischief, and immoral deeds. “The most frightening is its authoritarian attempts to brainwash, to control minds, and its ability to turn people into complete robots,” Ni said.

Ni’s Dream Turned into a Nightmare

Initially born in Shanghai in 1935, where he lived until 16, Ni left to join the Chinese People’s Armed Police Force (PAP) and became a junior officer, where he thought he would discover his utopian dream. His dream became his worst nightmare during the winter of 1956, when he was accused of being “anti-revolution” by breaking an old wooden bridge nearby as fuel for warmth in a grating snowstorm.

Things went downhill when a dog kept secretly by Ni bit the PAP captain. After being given two strikes, Ni’s captain put him under house arrest as punishment.

Luckily, in May 1956, with the help of his Mongolian friends, Ni escaped to a nearby train station by riding a horse. After several twists and turns, Ni arrived in Shanghai, but he could not stay there and had to keep running toward the south.  He survived by eating cotton and rats on the road.

Three months later, Ni arrived in Guangzhou on foot. He continued to Macau before his risky flee from the CCP finally reached an end when Ni grounded his feet on Hong Kong soil on July 5, 1957. Ni said, The first time he bought a BBQ pork and rice meal in Hong Kong, it cost 70 cents; the rice was so white, he cried.

Since his arrival in Hong Kong, he had been very vocal against the CCP.

In June 1989, Ni said in an interview, not long after the tragic Tiananmen Square Massacre: “Right now, Hong Kong can seek help from America, the UK, the United Nations, and any free world country. That will change in exactly 2944 days because Hong Kong then will become [at handover] a large-scale refugee camp.”

Ni Met ‘the Love of His Life’ in Hong Kong

The late James Wong Jum-sum once said on a TV show he co-hosted with Ni that Ni’s dedication to unveiling the CCP’s horrifying deeds made him one of the most well-respected men in Hong Kong.

Ni Kuang’s fame stemmed from his talent in literature. When he first arrived in Hong Kong, he worked in many newspaper outlets. Until, one day, he was hired by a newspaper called “The Truth” as a columnist: it was then that he discovered the love of his life, writing novels.

Besides his stance on politics and his non-sugar-coated but humorous personality, Ni was celebrated for his popular science fiction novels, screenwriting, and prose.

A happy old man who would speak his mind, even when he was on TV—that was how his friends described him.

In a TV interview, Ni declared, “Everyone who knows me knows this: Since when can we trust anything the CCP says? It’s been empty promises for decades.” Ni was a non-believer in “one country, two systems.” He thought there would never be “two systems” when the CCP was in charge.

Due to Ni’s years of precise political predictions and exposé of CCP’s plans for Hong Kong, many Hongkongers called him the “Prophet of Hong Kong’s future.”

Ni commented in the TV interview, “How can a city under CCP’s rule have a future? There is no hope. Hong Kong will be the same as every other city in China. The only thing left will be corrupt officials, using Hong Kong as a drop spot for sending dirty money to the West.”

Many of Ni’s interviews resurfaced on the internet along with the news of his passing. Younger Hongkongers who are going through tyranny under the National Security Law were stunned.

‘The Wise Old Man’ and His Hands

Everyone in the movie industry knew Ni Kuang. “The Wise Old Man,” who wrote countless sci-fi novels, scripts, and prose, and at a record speed, writing over 20,000 words a day. No one knew how he did it,” a director said during a speech about Ni Kuang in 2012.

Chip Tsao said Ni was a storytelling genius. “Ni was an observant, sensitive being. His abilities to see through everything in life, politics, pain, and humanity, and combine them with his imagination, these were considered to be his formula for success.  For instance, “Mr. Wesley and The Legendary Ranger;” and “Mr. Wesley is scar literature.” That was Ni Kuang putting his trauma into sophisticated Chinese literature. His works also reflected the regime’s barbarous tactics and the dictator’s ugliness. Ni never changed even to his last breath.”

Tsao believes there will never be another Ni Kuang in Hong Kong, “Ni Kuang, like Shakespeare, will only happen once in a lifetime. You can never recreate Ni or Shakespeare. No one else has the experience, Ni had gone through hardship with the PAP and the CCP, the terrifying get-away, his struggling journey, and the taste of freedom when he arrived in Hong Kong.”

Professor Chung Kim-wah, a former assistant professor at the Department of Applied Social Science of the Polytechnic University of Hong Kong, felt pessimistic about Ni Kuang’s departure and the future of his works. Chung said, “Due to his proactive criticism against the CCP when he was alive, I suspect the Hong Kong government, and the Leisure and Cultural Services Department will soon remove the book titles of Ni Kuang from our local libraries.”

Professor Chung continued, “There is no doubt about it. The government clearly does not want the next generations to hear or read about what Ni said against the government or CCP. I can also imagine local librarians conducting self-censorship. Hence, Ni Kuang’s books disappearing from Hong Kong libraries can be foreseen. Then it will be most unfortunate for Hong Kong society.”

Hong Kong Has Lost Part of Its Soul

Tsao conveyed, “Ni’s work is a testament to the spirit and civilization of Hong Kong, and the ability to speak your mind, as long as you are in a free environment. It is also a portrait of an era, a collective memory of multi-generations of Hongkongers. His death has saddened many Hongkongers.”

“Ni followed his love of creative writing and worked in numerous newspaper outlets, before landing his first column at a newspaper called The Truth as a novelist.” That was part of an introduction to Ni Kuang at a film award ceremony.

“Not only his novels would be adapted into over 300 movies and TV series. Later, his screenwriting for Bruce Lee’s “Fist of Fury,” housed one of the most remarkable movie quotes of all time: “We Chinese are not weak or sick Asian men.” Tsui Hark, a renowned Hong Kong director affirmed this before he presented Ni Kuang’s Life Time Achievement Award at The 31st Hong Kong Film Awards. The crowd welcomed Ni with a long standing ovation.

At the age of 87, most people, including his friend Chip Tsao, agreed Ni Kuang had lived a fulfilling and carefree life.

Ni Kuang’s presence, as Tsao put it, whether it was the hardship or his insight into the good and evil in people and politics, proved one thing: In any environment, any production that conveys the artist’s thoughts and values will always thrive and blossom in the free world.

Nie Law and Ying Cheung contributed to the article.