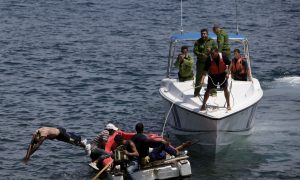 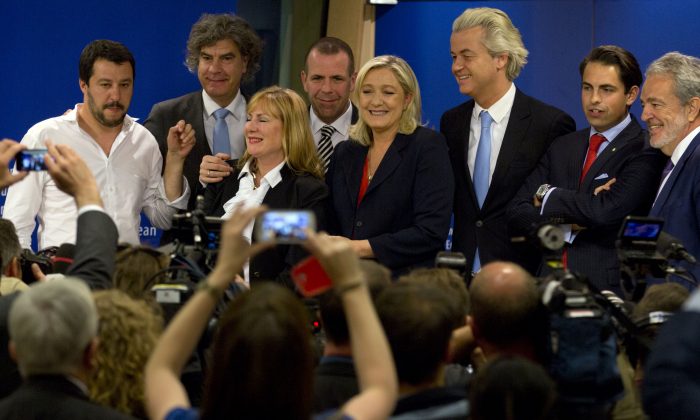 BRUSSELS—A coalition of far-right, anti-immigrant parties in the European Parliament announced Tuesday they are uniting to form a political group under the leadership of France’s National Front chief Marine Le Pen.

Tuesday’s move of the National Front, the Dutch PVV of Geert Wilders, Austria’s Freedom Party, Italy’s Northern League and the Belgian Flemish Interest Party will give them more clout in the European Union legislature and add more of an anti-EU flavor to its proceedings. The group will also push its strong the anti-immigrant agenda.

“I am happy to announce the beginning of the group Europe of Nations and Freedoms,” Le Pen told reporters, surrounded by leaders of the other political groups. “We will be a political force that cannot be compared to our previous situation.”

Most of the parties made gains in last year’s European election but until now had failed to find enough cohesion to form a united group.

“This is D-Day. This is the beginning of our liberation,” said Wilders, the Dutch political firebrand best known for his anti-Islam and anti-immigration stance.

To get full standing in the 751-seat legislature, a group needs to have at least 25 members from seven nations. Le Pen’s National Front already has 23, so individual membership was not so much a problem as getting the country quota.

On top of the five parties, two Poles and a member of Britain’s UKIP party also joined to get to seven nations. UKIP itself, the most vocal far-right, anti-EU party so far in the legislature did not participate in the new group. And the new far-right group decided not to take in Greece’s Golden Dawn party.

The political impact on the legislature is still expected to be minor since the Christian Democrat-led EPP group has 221 members and the S&D socialists have 191.

With the parties’ strongly nationalist agendas and belief in independent decision-making, Wilders acknowledged it would sometimes be tough to act as one.

“Of course we have differences, but the differences are not our weakness but our strength,” Wilders said.

The announcement of the multi-nation group comes amid a political drama and legal troubles within France’s National Front. Party co-founder Jean-Marie Le Pen, an EU deputy, has been suspended from his party role of honorary president for life after restating anti-Semitic remarks.

His daughter and the current party president, Marine Le Pen, has worked to revamp the National Front’s image to make it an acceptable political alternative. The party is also being targeted by French and EU judicial officials in separate investigations regarding funding.