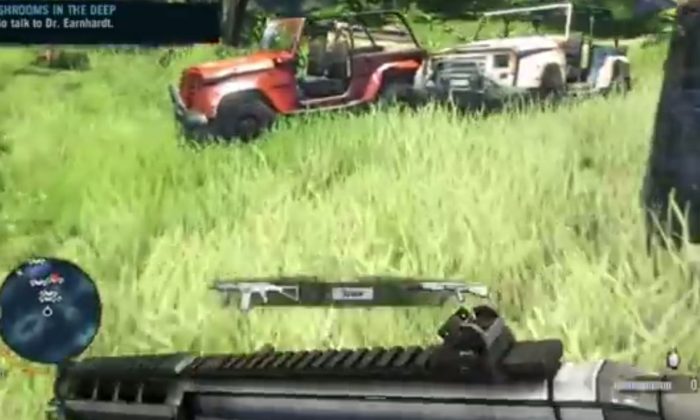 Ubisoft confirmed that the game will be released Nov. 18 in North America for the Xbox One, Xbox 360, PlayStation 3, PlayStation 4, and PC, IGN reported.

“Following the success of Far Cry 3, we wanted to take the franchise to the next level and create a game that will surprise players and exceed fans’ expectations,” said Dan Hay, Executive Producer, in a statement obtained by Forbes. “Given the unique setting, we feel Far Cry 4 will stand out as a top first-person shooter and we’re eager to reveal more about the game in the coming months.”

It  will be a sequel to “Far Cry 3.” The game will take place in the Himalaya Mountain range.

The area will be called Kyrat, a “breathtaking, perilous and wild region of the Himalayas struggling under the regime of a despotic self-appointed king,” Eurogamer reported. “Using a vast array of weapons, vehicles, and animals, players will write their own story across an exotic open-world landscape.”

“The year’s performance will be led by five games–Assassin’s Creed Unity, Far Cry 4, Just Dance, The Crew, and Watch Dogs,” Ubisoft CEO Yves Guillemot told GameSpot. “Watch Dogs’ pre-orders are at record levels and it is perfectly positioned to become the industry’s most successful new IP in history.”

If one preorders the game, they will get a limited edition version that includes a three-part single-player mission pack featuring Hurk, a character in “Far Cry 3.” Players will also get Hurk’s weapon, a harpoon gun known as “The Impaler.”