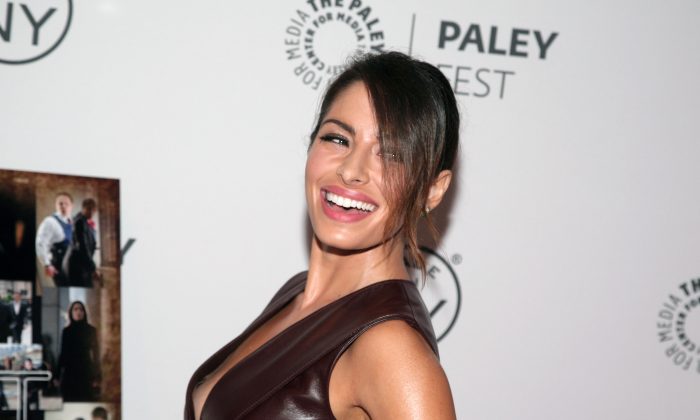 Actress Sarah Shahi attends a screening of "Person of Interest" at PaleyFest: Made In NY on Thursday, Oct. 3, 2013 in New York. (Photo by Andy Kropa/Invision/AP)
Entertainment

The Fappening has gotten an update, with new naked pictures leaked including actress Sarah Shahi.

New pictures of Jennifer Lawrence, one of the biggest victims in the widespread hack, have also cropped up.

Shahi, 34, is a former NFL cheerleader who currently stars as Sameen Shaw on the CBS show Person of Interest.

She has 45 other credits to her name, including Chicago Fire, Fairly Legal, Life, and Old School.

Multiple new pictures of Lawrence have also popped up.

Hannah Davis, a fashion model who has modeled for Victoria’s Secret and Sports Illustrated: Kelsey Vogelzang, a model; Tobie Percival, a Dallas Cowboys cheerleader; and Holly Arielle, another Cowboys cheerleader, are among the other women that have been targeted recently in the hack and subsequent leak of nude photos.

Photos that had already been seen, such as one of Hayden Panettiere sitting on a toilet, one of Vanessa Hudgens completely nude, and another of Kaley Cuoco partially nude, are also starting to circulate again but are not new.