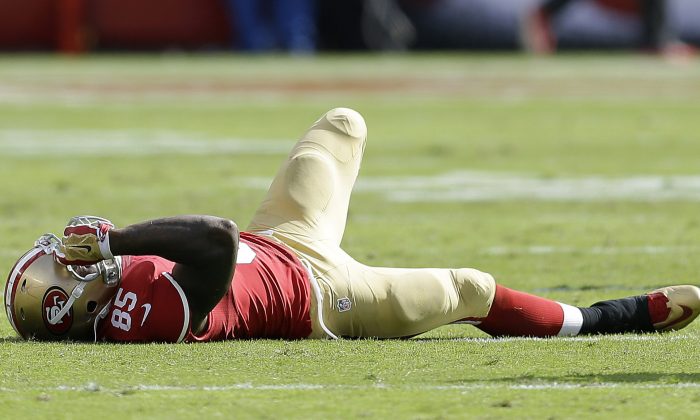 Lets just say, hopefully you didn’t win the devil’s jackpot and draft all these players onto your team. The all bust team for the 2014-2015 fantasy football season.

The obvious choice for quarterback bust of the year is Robert Griffin III, but it actually wasn’t unpredictable at all that he would fall flat on his face this season.

Meanwhile, though guys like Stafford and Newton are putting up OK numbers, they have been very underwhelming considering their draft positions – more than enough to call them busts.

This is especially so for Matt Staff, who was the #4 QB across the board behind the big three(Manning, Brees, Rodgers). However, with one game left in the season, he is outside the top 15 in total points, and hasn’t missed any time due to injury. He has also had a number of extremely frustrating no touchdown games.

To say the least, owners who were looking for Stafford to replicate his 41-touchdown season in 2011 have been vastly dissapointed. With 19 touchdowns on the season, Stafford will try to best at least half of his 2011 total in Week 17 versus the Packers.

The obvious choice at running back is Adrian Peterson, but again, his case is far too conspicuous.

Ball was going in the 2nd round in a lot of drafts, and was even picked in the first round by owners high on the Broncos back.

This season has validated the value and production of Broncos running backs playing in the Bronco’s high octane offense and alongside Peyton Manning. But as we all know, the backs I’m speaking of are preseason backups Ronnie Hillman and CJ Anderson.

Ball was sluggish at the start of the season, and his season then went straight down the gutter after suffering back to back major injuries.

Advocates of Martin prior to the season probably still had his magical 1454-yard, 11-touchdown rookie season in the back of their heads.

Unfortunately for some players, their rookie season is the climax of their career.

Since then, injuries have taken a huge toll on Martin’s juice, and his uninspiring play throughout the season has left him barely a flex play at the end of the season.

After averaging 4.6 yards a carry his rookie season, he has averaged a shoddy 3.6, and 3.4 yac his last two seasons.

He’s barely holding off Charles Sims and Bobby Rainey for the Bucs starting job now, and it’s possible we have seen the last of him in Tampa Bay after just three seasons.

AJ Green is what we call an injury bust. He still put up big numbers when he played, but all the games he missed put him considerably behind the plethora of emergers at the wide receiver position this year, such as Mike Evans, Odell Beckham, TY Hilton, Antonio Brown, and Emmanuel Sanders.

Considering the draft positions of Green and that of the pass-catchers listed above, yes, Green is a bust.

Players are purposefully ranked lower in drafts because of injury concerns, so you can’t dismiss injury busts for not being true busts.

Now if Green was an injury bust, Allen was a true bust. He was the number 15 receiver in ESPN’s preseason rankings, ahead of guys like Jeremy Maclin, TY Hilton, and Emmanuel Sanders.

He had some success in a stretch from Week 9 to Week 13, but that’s been it for him this season. At a total of just 783 yards and four touchdowns, Allen isn’t even a top 40 receiver this season.

The sad thing about Davis is that at times this season, he has still shown the playmaking ability that made him a fantasy star in 2013.

After a grand 850-yard, 11-touchdown season in 2013, Davis is sitting at an inexplicable 236 yards and 2 touchdowns this season — easily one of the worst in his entire career.

Part of the drop off can probably be attributed to the implosion of the San Francisco 49ers, particularly QB Colin Kaepernick.

Nothing actually needs to be said here. The production of defenses in fantasy football always vary from year to year. No was expecting the preseason #2 defense to finish #2.

The #6 kicker in the preseason rankings is stting at #15. He was excellent the first third of the season, but Phillip Rivers and the Charger offense’s struggles have really brought him down.